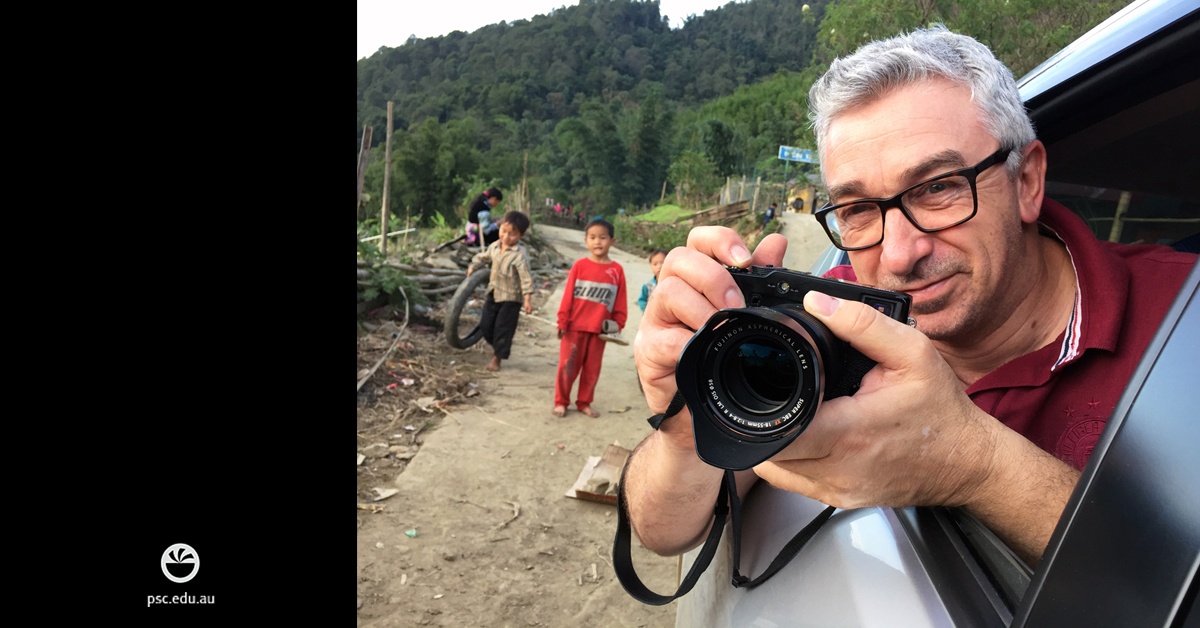 On the Road with Peter Williams

In the month of November (2015) PSC Senior Fellow Michael Coyne was set to go on a trip to Vietnam for his project on Villagers. As part of the photojournalism class that Michael mentors, he offered students a chance to accompany him to see what it's like to be on location as a photojournalist, for one week.

Peter Williams, a photojournalism student in the Advanced Diploma course, was the first to contact Michael about the trip to Vietnam and was consequently selected. He readied himself for an experience of a lifetime, shortly after travelling to Bali where he documented people in the non-profit organisation, 'Solemen'.

Accompanying Michael Coyne was a remarkable experience for Peter, who received one-on-one mentoring  throughout the week. He felt that the trip went by quickly, as he was always on the go, heading to the north-western mountain ranges of Sapa, from the bustling city of Hanoi. During his trip, Peter sought the opportunity of capturing his experience by creating his own photography series, as well as a documentary about Michael Coyne's journey in Sapa.

Here's a teaser of the video which will be released soon.

Peter Williams was thrilled to have such an opportunity with Michael. At PSC we regard international exposure as an important facet for enriching the vision of our students. With events like the Obscura Festival and a photography trip to Iran coming up this year, we are excited to hear about the various experiences our students will have.

On the other hand, Michael's images are being showcased in the Fujifilm X World Photo Gallery - a travelling exhibition which is currently in Tokyo. Fujifilm celebrates the 5th Anniversary of Fujifilm's X-Series Camera this year and we're proud that Michael Coyne has the honour of representing PSC at such an important worldwide event.