Bill Bachman, co-ordinator of the Photojournalism Major at PSC, recently had his work featured in the 130th edition of Australian Geographic magazine. From its founding in 1986 by Dick Smith, the journal quickly became Australia’s foremost geographical magazine. Known for it high quality writing, photography, illustration and cartography, the publication’s brief has always been to celebrate Australia’s best in the areas of landscape, natural history, science, industry and people. It has also faithfully maintained a strong focus on adventure and exploration.

Bill contributed a photograph to the very first issue more than 30 years ago and went on to become a favorite among the magazine’s regular contributors, shooting more than 25 features over as many years. 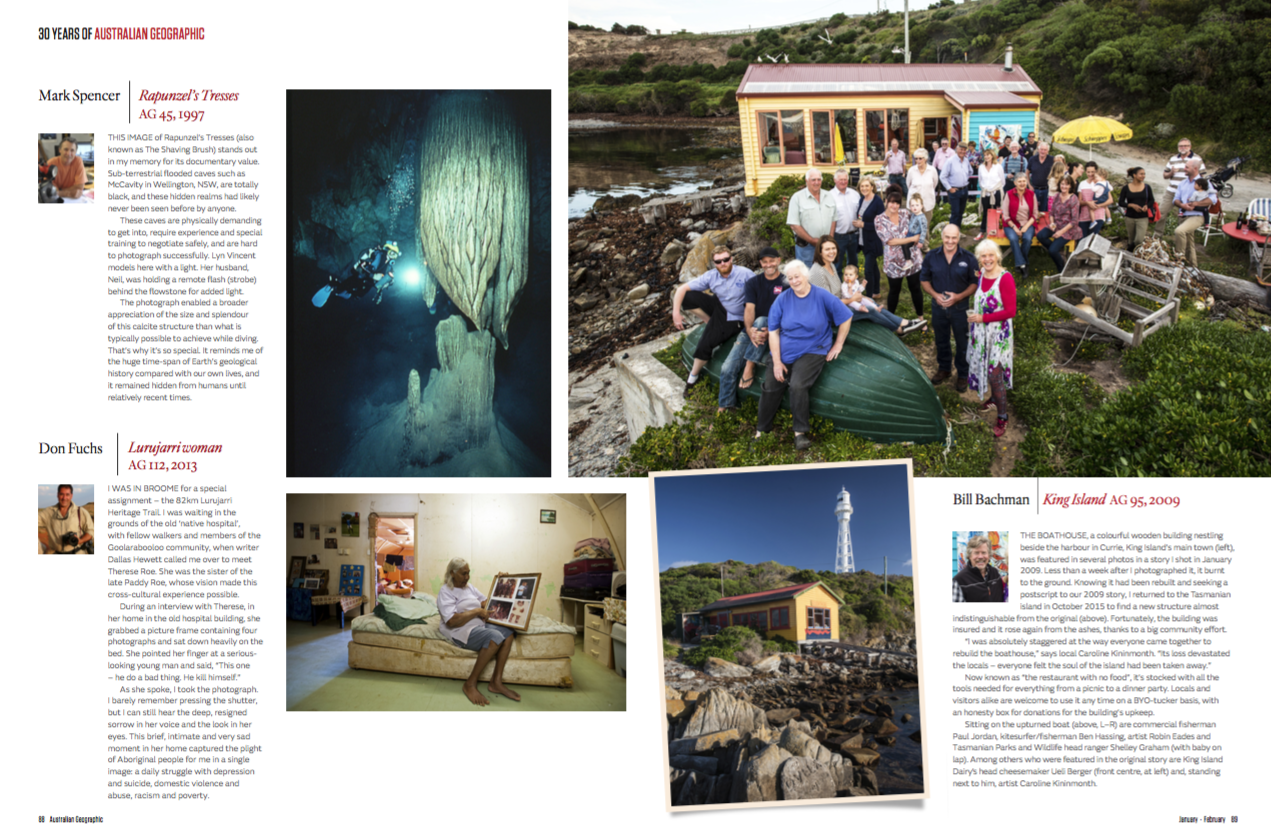 Bill Bachman is Featured in the Australian Geographic. Click the image to see more.

He has long been a keen explorer of the Australian way of life in his own right, having written and photographed articles for a number of other magazines both here and overseas. He has also produced books such as Off The Road Again, a photographic diary of his outback travels, Special Delivery, a light-hearted look at Australia’s roadside art, The Murray River and the international best-seller Local Colour: Travels in the Other Australia, a thematic look at life beyond the urban fringe.

For the most recent edition of Australian Geographic he travelled to King Island to revisit a feature he shot in 2009. The accompanying excerpt from “Every Picture Tells a Story: 30 Years of AG Photography” by editor-in-chief Chrissie Goldrick makes note of Bill’s special relationship with the magazine. We’re delighted to have Bill as a key member of the PSC teaching team!