The Queen Victoria Women's Centre is a haven of organisations and groups dedicated to empowering and helping women in all walks of life. From arranging emotional support to getting political and professional networks in place for supporting causes, the centre has worked on all fronts to build a stronger community of women in Melbourne. Having graduates and students exhibit their work in such an important centre is therefore a great achievement. Selected by Julie Wajs, each series reflects some aspect of womanhood, spanning over generations.

Patricia Saca, the venues coordinator for the centre was pleased to see the public's reception of work that went up last week. According to her, the strength of the exhibition lies in the variety of styles in photographs that are already drawing widespread appreciation from those who pass through the corridors. Encouraging an open-policy approach to circulating fresh artwork by emerging artists, Patricia never places restrictions on the nature of work, often refusing to take down images even when the most seldom of complaints are expressed. She is proud to promote and support such spectacular talent from PSC. 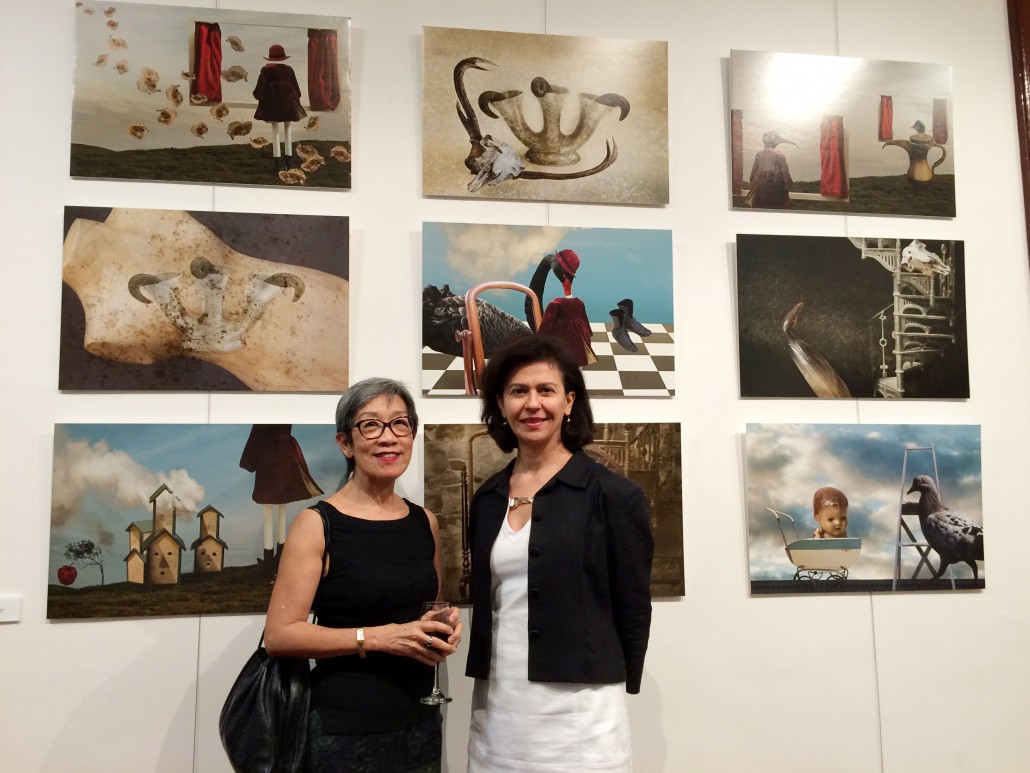 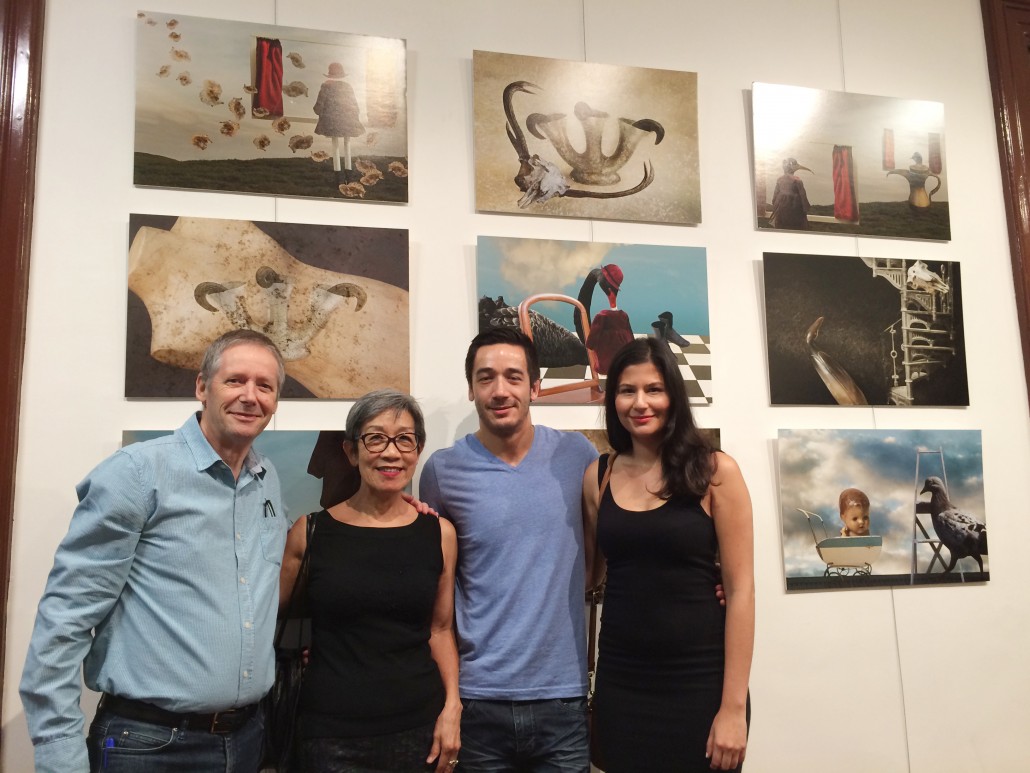 Margaret Lim with her Family

Margret Lim has one of the largest installations at the exhibition. Using materials and objects from Op-Shops around Melbourne, she created a series that signifies the dynamic nature of women. According to her, women reinvent themselves continuously throughout their lives and build upon their understanding and wisdom of the world and themselves, with time. 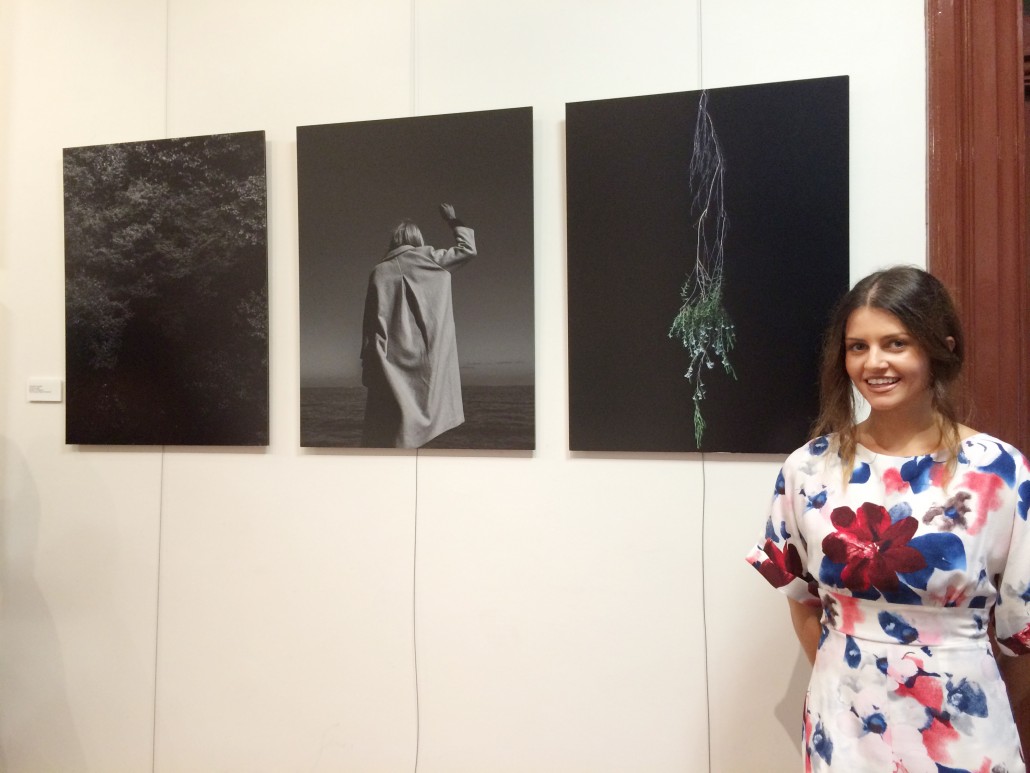 Cassandra Tzortzolgou with her work

Cassandra Tzortzolgou on the other hand, takes us on a path that is mysterious and focused on elements of nature. Inspired by Greek mythology and tales revolving around bees and the symbolism of honey for her series Natural Phenomena, Cassandra exhibits the second part of the series with the 'complex relationship between man and nature'. 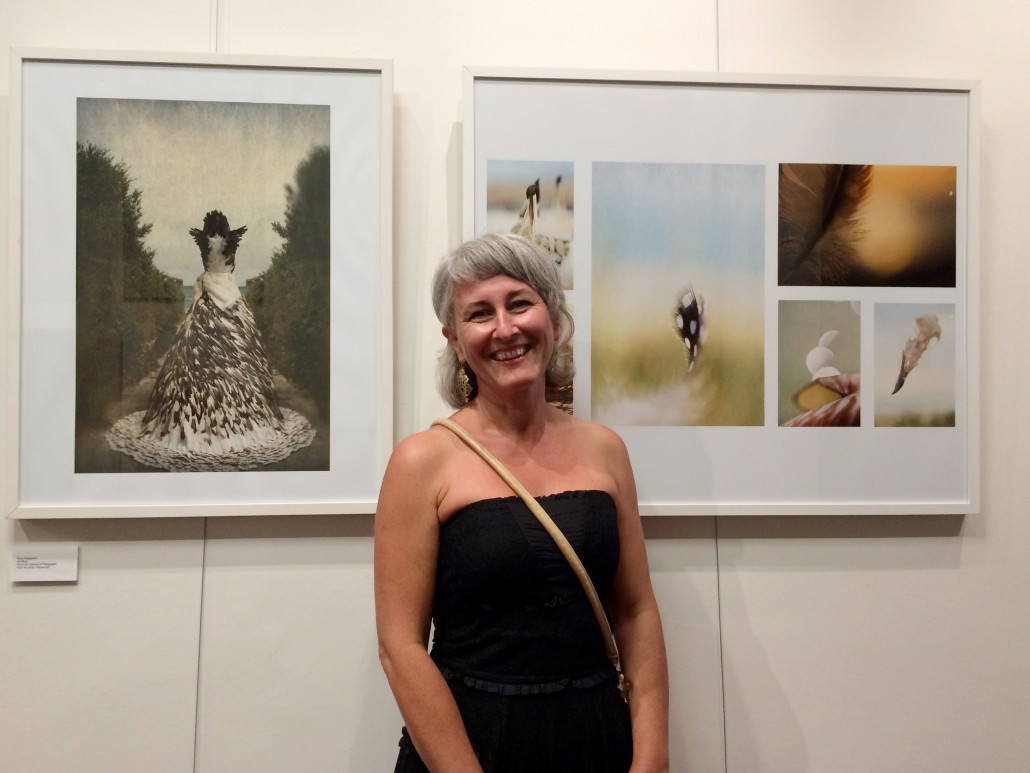 Elma Gradascevic with her work

Elma Gradascevic constructed a project based on how technology can overpower or diminish the innate nature of women. She believes that 'our natural world is largely disappearing from our daily lives, but its symbolism in cultural motifs demonstrate how integral it is to our internal and creative selves.' She uses feathers to represent hope. 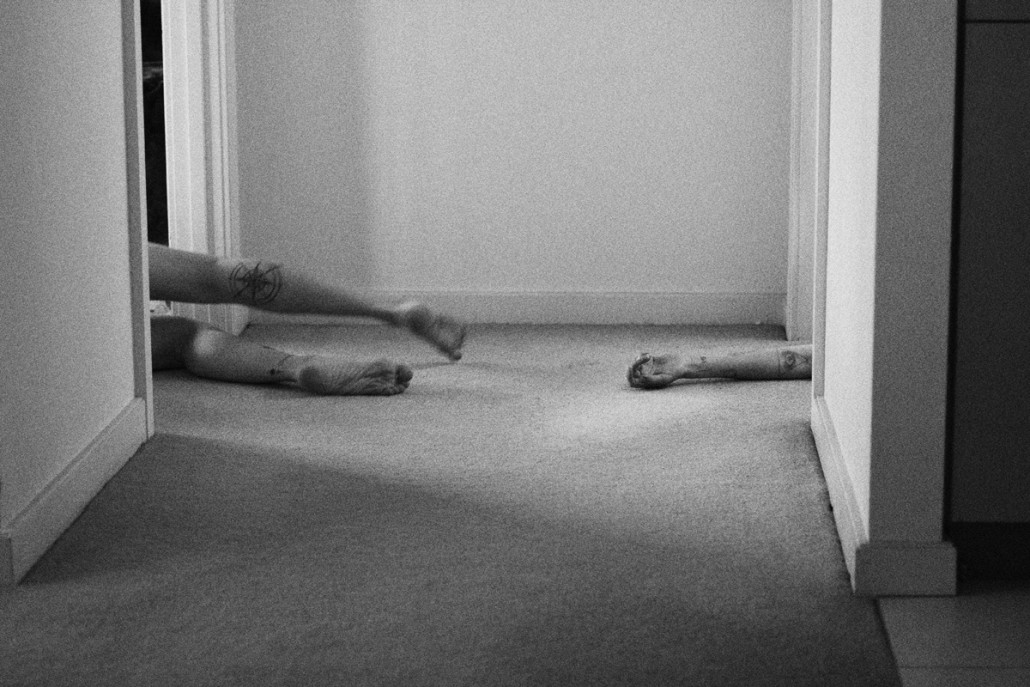 Elena D San Roman based her series ''Point of Entry' on 'the experience of remembering'. From her artist's statement she expresses: 'I'm exploring the process of recall, accessing a memory and the transformation that comes from reliving an experience of childhood trauma.No matter how much time passes, the fear and anxiety that comes from trauma is always present, it hides in the shadows, haunting you every day. Ugly images flash before your eyes when you least expect it, making you question what is real and what is not.' 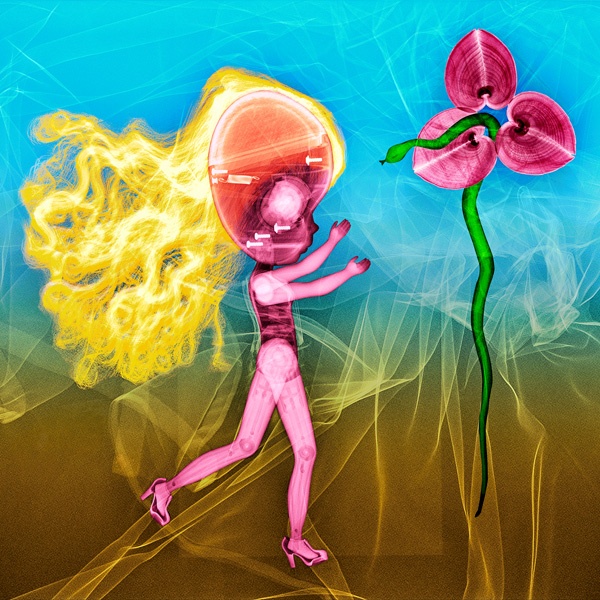 Allison Rose creates a vibrant series that 'explores the contradictions of a readymade life from conception to birth – futuristic, convenient, mass-produced and fast.' Each piece of artwork conveys a message about how the basic human need to create is now so 'automated' and often described in a language that mirrors the process of manufacturing.  Objects used in her work represent 'a part of the cycle of creation' and have been captured by x-ray machines. 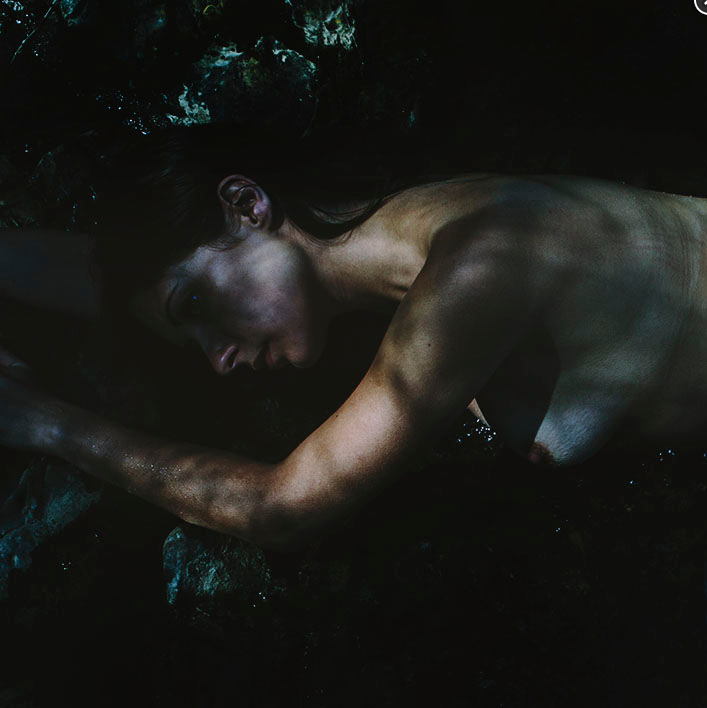 From a section of Emma McEvoy' artist statement, we can definitely note how she deals with metaphor in her photography language: '(This is) a series which embraces the hues of authenticity via femininity and nakedness, and the water's symbolic ebb and flow, through the thought-provoking palette of photography. Each photograph attempts to surface the fear of fragility. Bare skin emerging from a body of water – canvasing a reflection of Mother Nature, and sculpting a refuge for surrender: a place where vulnerability enfolds.' 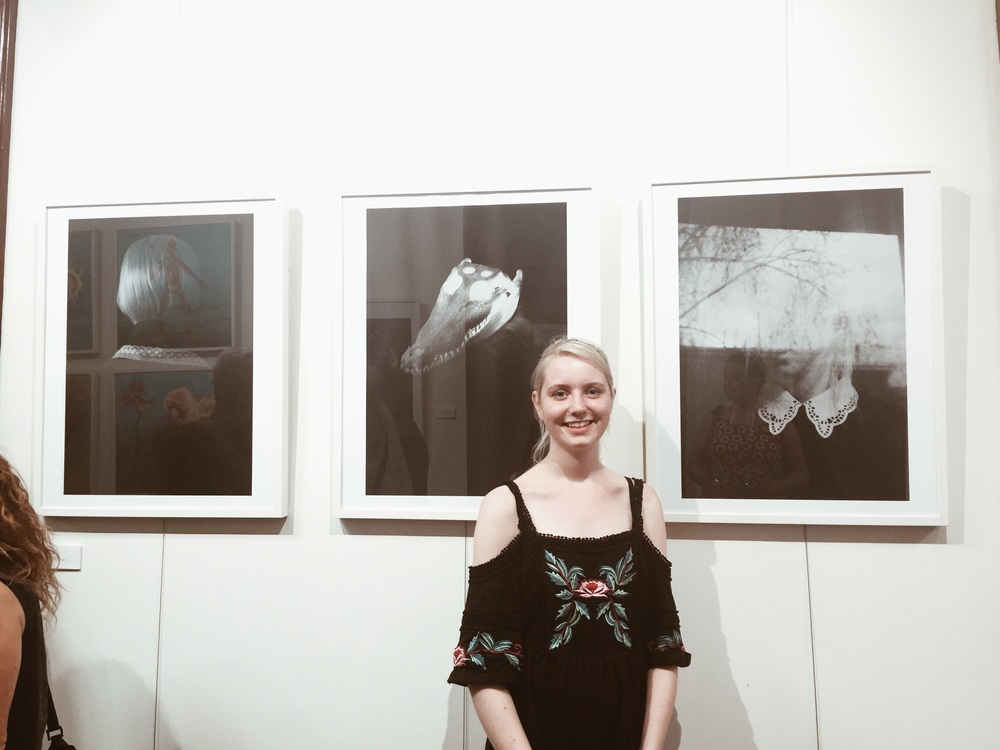 Aesthetically driven and inspired by the physical molecular basis of memory itself captured by The Albert Einstein College of Medicine in early 2014, Blank Spaces is an exploration into the abstract realm of memory. Through self portraiture and object the work creates a physical representation of  the physiological workings of the mind, focusing on retained and recollective thought that have been confabulated over time and its effect on the subconscious. [From Sophie Pigram's website]. 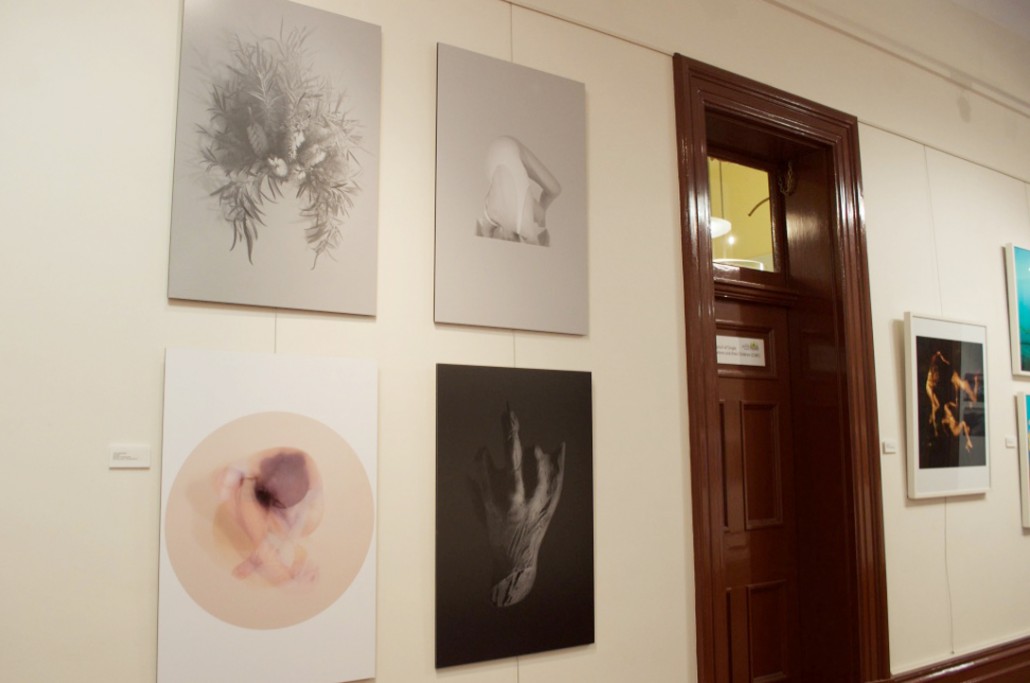 'The Autonomous is a series of photographs born from a conceptual idea of self and what it means to be a female artist in Australia engaging with feminist issues in 2015. Approaching my camera like I would a diary and allocating time and space to each entry, I use methods of automatism, ritual, endurance and the performative body. In these I have found my position in the discussion—freedom of choice, celebration of differences and above all personal autonomy, these are the scaffold that structure my outlook and actions. By stripping back pre-conceived notions of femininity and being conscious in my influences and environment I have found freedom. In the act of creation and immersing myself in my practice, in these moments I am completely autonomous.'

Sarah Maslan with her work and Elma Gradascevic

'The idea that people from different parts of the world, with completely different cultures, religions and life experiences can share the same dream is fascinating. In fact, some psychologists believe that our shared dream experiences serve to connect us as a human race. We can find meaning in everything. Even the everyday shapes and symbols that repeat in nature, and our world around us, can convey a message. When we dream, the conscious reality of today disappears and all that existed beyond the bounds is brought forward so time seems to be just a notion that slowly fades, leaving the past and the present intertwined. Herein resides our true awareness.'

PSC is proud of these students who come from a range of the course we provide (Bachelor of Photography, Advanced Diploma and Part Time cohorts). It is wonderful to see such talents come together and their work to reflect something so meaningful.

We will be updating this page soon with statements from other artists of PSC who are exhibiting. It would be great for you to come by and see the exhibition during March. If you'd like to exhibit your work at the Queen Victoria Women's Centre, feel free to contact them.