At the PrintShop with Matt Porch

2016 finalist for the Photobook Melbourne Photo Award and the Head On Photo Festival award, Matt Portch is an icon in the advertising industry. Matt is the senior designer in one of the most prestigious agencies in the world and has won impressive accolades in the industry from platforms such as ADFEST, MADC, ADMA and Leo Burnett. He also won the 'Best Landscape’ prize at the CCP Salon in 2015. The PrintShop @ PSC was fortunate to have Matt over to print some of his recent work from the series, 'Lost America'.

'I have always been captivated by the American landscape. I grew up on a diet of American culture from the seventies on wards. However, instead of the white picket fence American dream, I've always been drawn to its more sombre side. Over the past few decades, the country has witnessed industrial redundancy, economic crisis, natural disasters, terrorism and paranoia. The result of which can be interpreted in a static and multifarious landscape. Towns become a worn-out reminder of when America was building itself a brighter future. These places appear frozen in time, their inhabitants sparse or long since departed. Both the series ‘Lost America’ and ‘Little America’ examine a quiet stillness in a landscape long since forgotten; in a sense 'on-pause'. The backwater sticks and quiet city corners, now mirroring the vast and lonely wilderness. Feelings of melancholy and emptiness echo details of mundanity in beautiful, unremarkable landscape.' 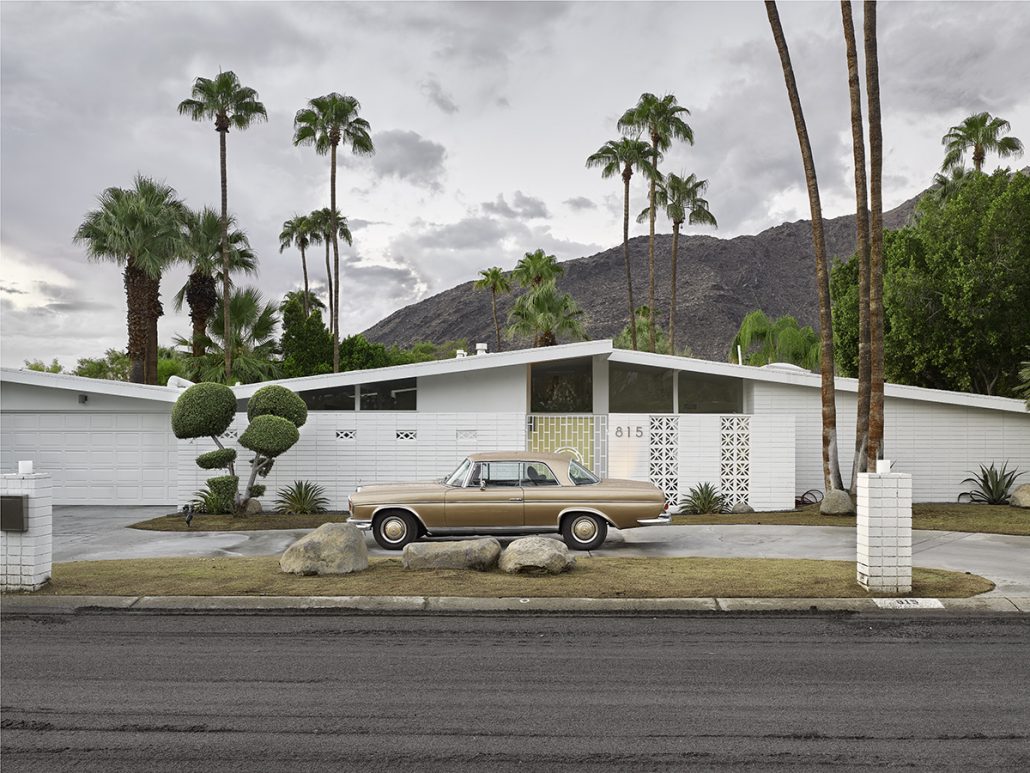 'I’ve been photographing for over ten years using various cameras, but mainly a DSLR. However, it wasn't until a few years ago I became inspired by the great large format colour photographers of the seventies. I was fascinated by these seemingly ordinary looking landscapes. The fastidiousness detail captured through the 8x10 film was another character of the image. A simple scene came to life by the meticulous form of capture. I instantly became connected with this ruminative imagery. I discovered a much more manageable digital equivalent of the 8x10 in the form of a technical camera, digital back and precision optics. My preoccupation with the American landscape drew me there for two trips to explore the nature of this new found inspiration. And I’m currently planning a third journey.'

'I process and grade my own images from RAW through to Photoshop, but it's imperative to get that second opinion. I wasn't even aware there were printing services for the public at PSC until someone posted a shot of their work on Instagram. When I visited, Peter was full of guidance and very attentive to my files, even adjusting colours, sharpening and offering guidance. Obviously, viewing on your own screen is going to vary greatly from viewing on another, and printing to stock is another step altogether. So to get the expertise of someone like Peter is essential if you're looking for quality when printing your images. Peter has produced some beautiful prints for me and I hope to continue this relationship with future projects to come. '

We thank Matt for his time and welcome you to check out the PrintShop @ PSC. Feel free to make an appointment with our master printer, Peter Hatzipavlis here.