Light to Get it Right 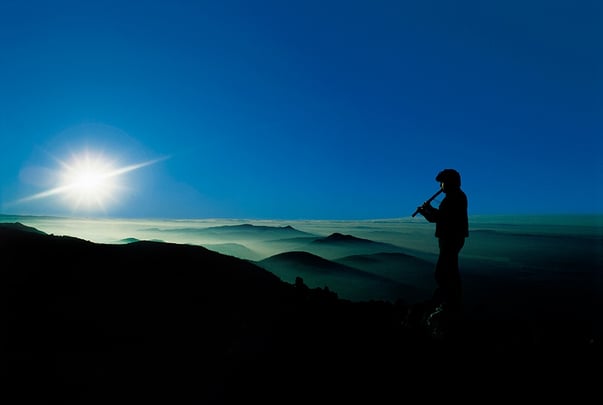 The Chilean piper played patiently while we waited for the light to be in the right place. I had allowed an extra  day on this assignment to research the location and determine the best time to make the image.

I arrived a lot earlier than I needed too, a habit I acquired early in my career from watching other photographers  at work. As a young man I assisted a National Geographic Photographer on a project. He asked me to get to the location early in the morning and I thought I had but he was already at there when I arrived, planning and preparing. By the time the talent arrived and the sun was rising, the photographer had everything in place        and was ready to shoot the image.

Meanwhile, back in Chile I jumped from rock to rock trying to find a good angle and a secure place to stand. The piper played on ignoring me scrambling on the mountainside as he blew out gentle and mellow notes.

There are three main factors involved in making a good photograph: content, composition and light. Content as it indicates, is the subject, location or model; what is included or omitted. Composition is how you use the camera  to frame the photograph; where you stand, how you maximize the impact of the content. And light, which many people tend to forget or ignore, can make or ruin a good image.

As the sun dropped down it turned the foreground into shade and threw shadows across the distant hills. The piper became a total silhouette. I quickly clambered to another rock to catch the sunlight as it lit on the piper’s shoes, pipe and face. It was just enough light to reveal details and lift the piper out of the deepening shadows.

Light is often the last thing we think of but it’s the first thing we see. 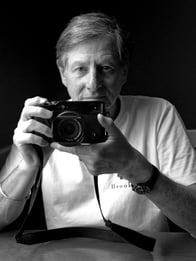 Dr Michael Coyne has worked as a photojournalist for over 35 years, covering significant events in places as diverse as China, Papua New Guinea, Cambodia, Indonesia, the Middle East and Africa. His work has been featured in magazines such as: Time, Life, Newsweek, and National Geographic. Michael's extensive work has been featured in a number of solo exhibitions around the world. He has had many successful books published about his work. Three documentaries films and a stage play have been produced about his life and work.

Photography Studies College looks forward to having Michael accompanying us and providing expert photographic support on our exciting Discover Japan Tour this September 2018.