In a new partnership with the publishing division of the Royal Auto Club of Victoria, the work of five final-year photojournalism students has been featured in recent issues of RA (RoyalAuto) magazine.

Photographs by Daniel Pockett and Ashleigh Wong appeared in feature articles on the Yarra Valley and the Ivanhoe/Heidelberg neighborhood in the September and October 2015 issues. Complementary multimedia pieces by Cath Grey and Blake Storey were published in the corresponding digital editions. Shing Chia shot pictures and produced a short video for a personality profile in the digital edition of the August issue. 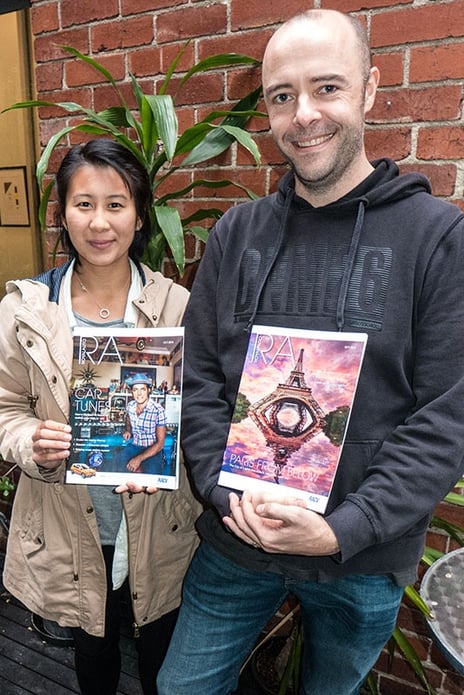 RA art director Lisa Luscombe was a frequent first-semester visitor to the PJ class, where she offered regular feedback to help sharpen everyone’s work to publication standards. Students were nominated on the basis of Sem A folio results; Lisa then gave them assignments, most of which were carried out in the mid-year break. All work was paid for on publication, at normal contributor rates.

The RACV member magazine has been produced for more than 90 years. It began in 1922 as a monthly supplement in The Australian Motorist. In 1953 it became a full-colour monthly magazine called Royalauto, and as RA is now distributed to more than 1.4 million members. It has the largest circulation and highest readership of any magazine in Victoria.

In September 2012 a digital tablet version was launched and is now produced concurrently with the print magazine. In August 2013, it was rated among the top one percent of magazine apps worldwide by app rating agency iMonitor.

PSC’s partnership with RA represents an important opportunity for PJ majors to, while still students, participate in paid work with a widely read and highly respected publication. RA has since offered more assignment work to several students and has committed to a similar partnership in 2016.

You can read the articles of Daniel Pocket and Ashleigh Wong by clicking the images below: 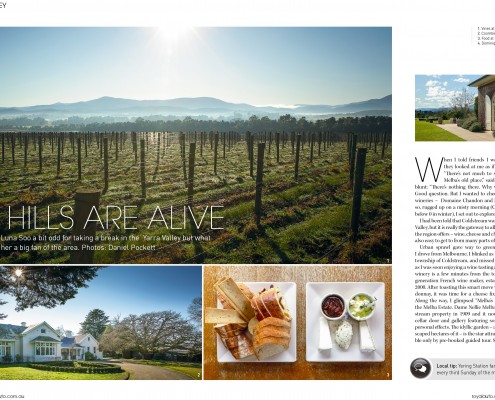 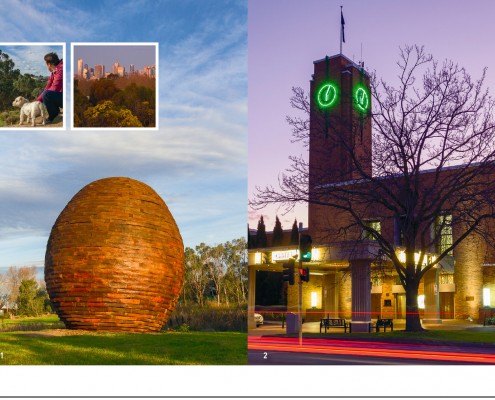 With our strong industry focus, PSC students get the real world photography experience they deserve. Our photojournalism students made great connections with those in the publishing sector as they enriched their portfolios. We look forward to more updates on their achievements as they gear up for an exciting career in the field.