Master of Arts - Photography student Yask Desai's final project' Strangers', looks at Australia's Indian hawkers who came as traders, and worked in rural Australia during the 19th century. His investigation, which has led him to travel to the U.K for research, looks at their descendants. On a greater level, he examines Australian identity, and an insidious form of racism against non-Anglo citizens that sadly still exists today.

Read about Yask's journey from unmarked graves in country Victoria to meeting experts and subjects related to the hawkers in Wolverhampton in the U.K, and his experience doing his Masters at PSC. 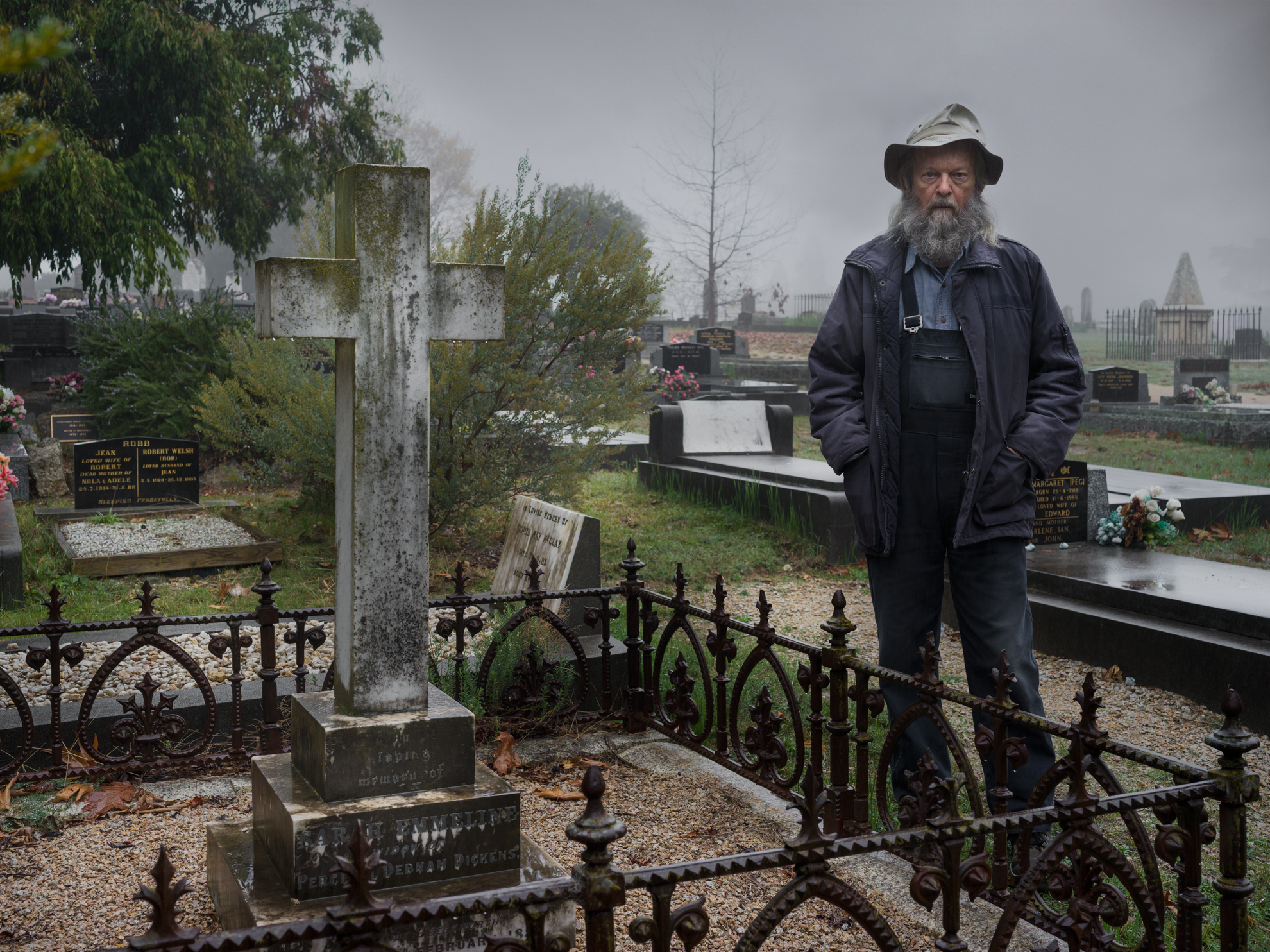 The photo of the sign ‘Strangers’ at the cemetery, which is the name of your project, is really poignant. Where did you take this image?

The sign was something I came across in Beechworth cemetery while looking for the graves of two Indian hawkers that I had heard were buried there. I searched the whole cemetery for hours and then came across them in the ‘strangers’ section. They were buried off to one side and away from the other graves. This is common as I have now come to realise. The men from India who worked as hawkers, broadly speaking, were seen as ‘others’ both in life and in death.

How did you become interested in this subject matter?

I became interested initially because I come from an Indian background and it was just so interesting for me to learn that Indians had been coming to Australia in significant numbers since the 19th century. I thought this was also another way to examine the Australian colonial project through a lens that was connected, in some part, to my own experiences and to those of my father who migrated here in 1967. 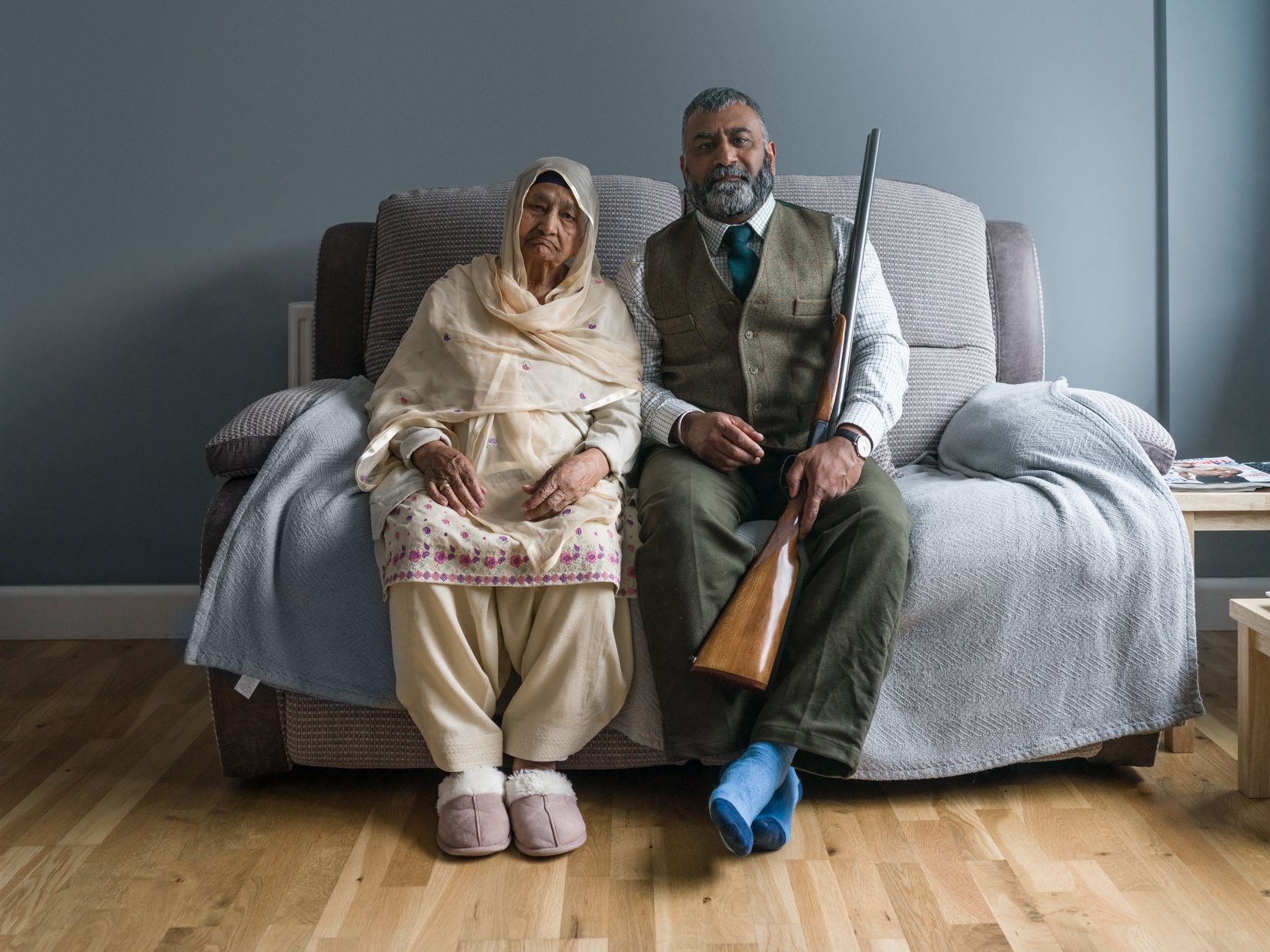 Who have you chosen to document for this project?

I am photographing the story of the men who were collectively called the Indian hawkers. They came to Australia from undivided India and worked as travelling salesman in rural Australia. Mostly they worked alone, buying goods from wholesalers in towns and then selling them to those on remote cattle stations and small settlements as well as to members of the Aboriginal communities. The graves are just one part of the story. Initially they were a good starting point because finding the graves helped me to start to research and explore the stories of those who were buried and ultimately to find connections to the men, in the forms of archival materials, those who may have known them and most importantly the descendants of the men themselves.

How did you find your subjects?


I found the subjects completely through research. I first contacted other people who had been working on the topic of early Indian migration. Some of them gave me leads about certain hawkers and stories. I also read everything I could that was written about hawkers in Australia which was very practical because again it lead me to other researchers, hawker descendants and important historical materials that were related to their stories. 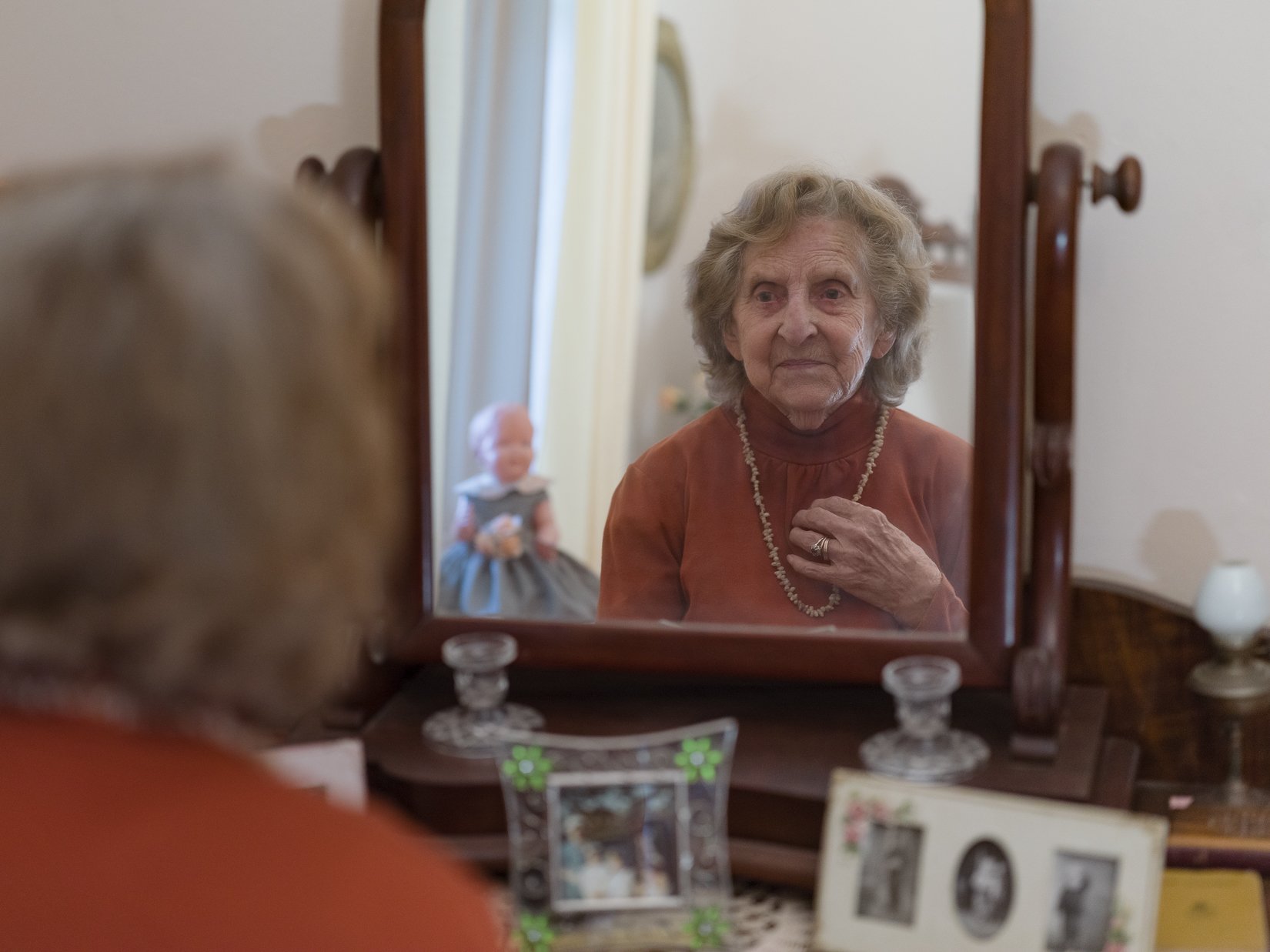 Avis Quarell, 96, recites her poem about Indian Hawker Pooran Singh who gave her mother a shell necklace (that she's wearing) for her 16th birthday in Warnambool in 1919. Image by Yask Desai.

Why did you travel to the UK to do some research and interview descendants of the hawkers?

I travelled to the UK because I made contact with a researcher there who was looking at migration from undivided India from the same time period as when the hawkers were coming to Australia. One meeting would lead to another and I managed to track down a half dozen or so hawker’s descendants there.  Something I should mention is that everyone I have contacted has been so willing to spend time with me, to be photographed also and to share with me whatever they have. This has been something very rewarding that has come of the project.

What story do you want to tell the world about the hawkers and their descendants?


I want to talk to Australia with this story. I want to say that these men and their experiences form part of our own identity as members of this community. Every time I observe racism in this country it is always based on an ignorance, of place, of people and their identity and its always a kind of self denial of what actually constitutes the true national character. One of the descendants I’m working with recently sought to bring her prospective spouse to Australia. She received a letter back from the immigration department saying that it wouldn’t be possible as she herself did not have sufficient ties to Australia. Apart from being born here, her great grandfather was a hawker in Brisbane, then her grandfather after that and even her own father hawked here for a time when his other businesses failed. She is fourth generation Australian but in the eyes of Australian immigration law the absence of a European background somehow translated to her ‘not having a sufficient connection to this country’. This type of determination and the current system of immigration law itself, lacks any moral authority but unfortunately it wields a power that is very real. I want to contribute to this discussion in whatever small way I can through my work. 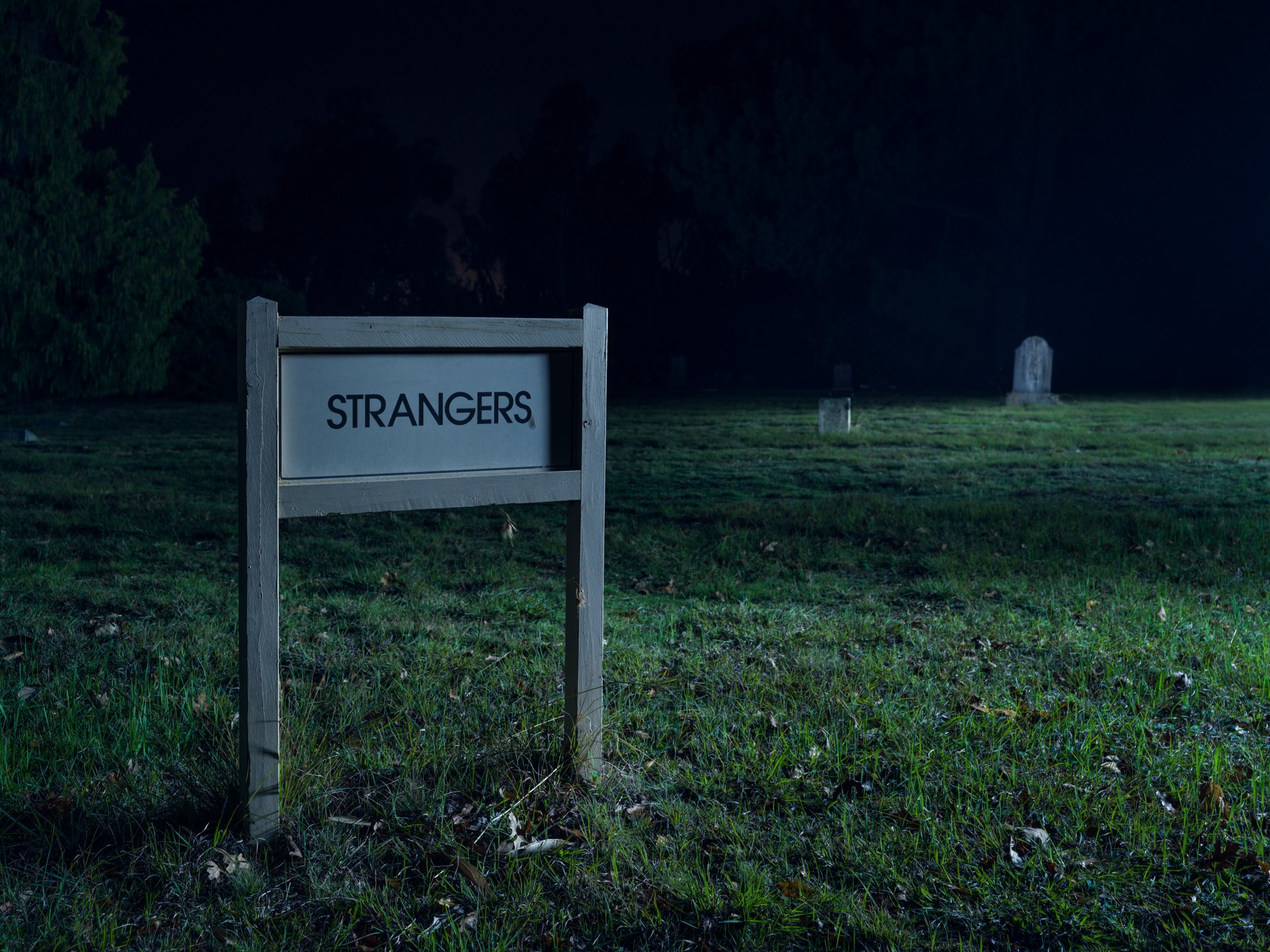 Explain your process behind putting this series together?

My process is basically to research deeply. To read, to learn the stories and to communicate with as many people as possible. Everyone can tell you something new and with history it is so important to research things more than once and access different voices. Visually I try to make detailed portraits that communicate the story subtly but directly. After consultation with my mentor I’ve begun to shoot more around the portraits too, to include the other parts of the journey, things that earlier I would have considered insignificant but that I now realise help to tell the story effectively too.

Very briefly, tell us about the other topics you are covering?


Particularly in the UK I found that my story was as much about racism as it was about hawkers. A number of the descendants I met felt alienated from the English society. They were still being ‘othered’ and ultimately saw themselves somewhat as outsiders even though they were British born. How I fit this into my final product I don’t know, perhaps with some well chosen text or quotes, but I think its very important to include. It mirrors Australia and a little of my own experience of being from a non Anglo background. 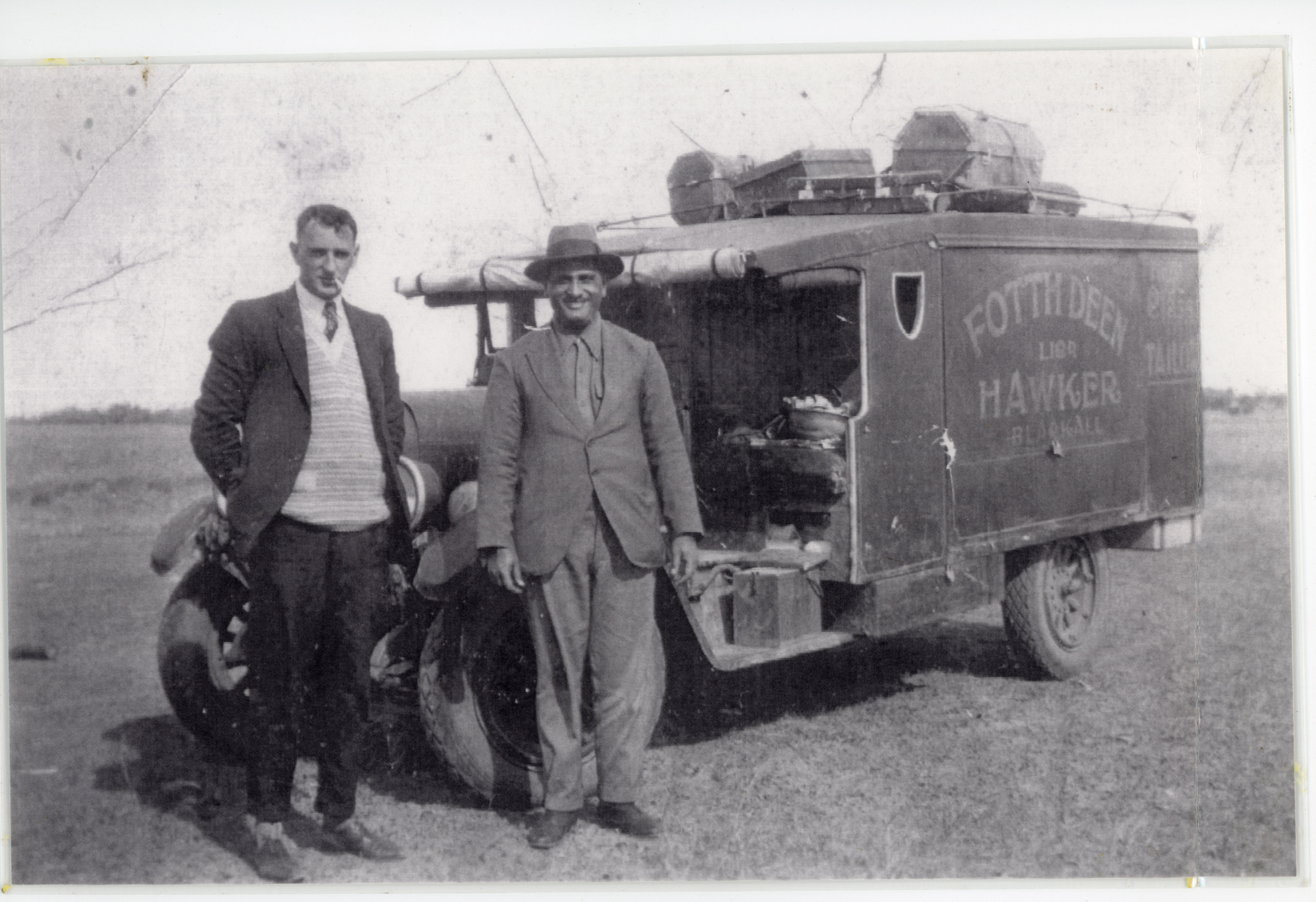 Why did you decide to do the Masters at PSC?

I’m based in Melbourne. I travel quite often. My topic has encouraged me to do that as well. Interstate and overseas, both. I decided to study the Master of Arts - Photography because I feel I’ve always benefited from assisted learning. It’s one thing to work diligently on something alone, but to get feedback, to have to express your idea and refine and present it again and again has made me think about my topic much more deeply. To have to check in at regular times and tell the story of what I’ve been working on and what my next steps will be has helped me greatly to become a more effective practitioner.

What are you enjoying about the course?

Apart from everything above I think the best thing about the course is the feeling of collegiality that one gets from being with the other students and the staff as well. 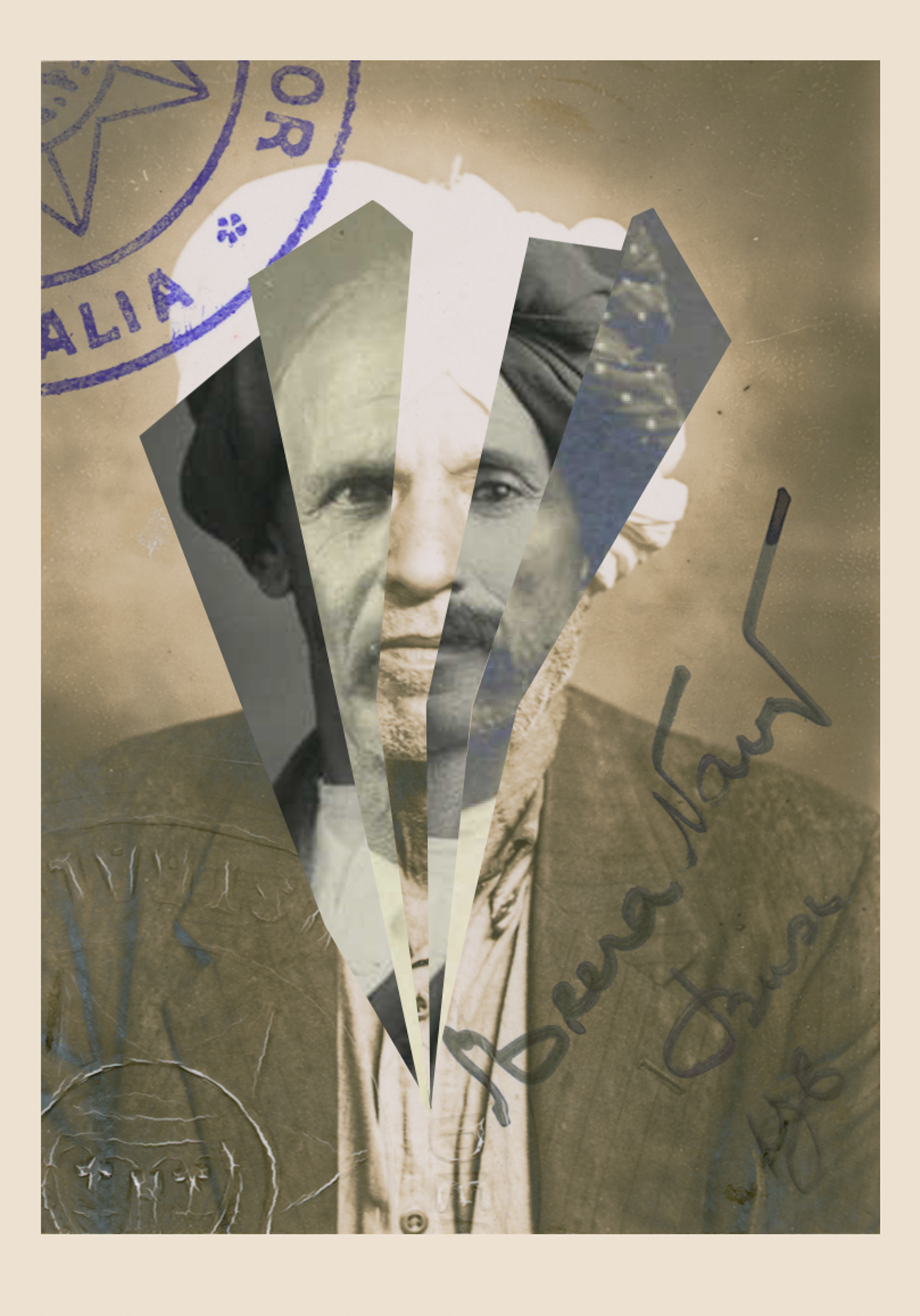 Would you recommend PSC’s Masters program?

I’d recommend the M.A program at Photography Studies College for three essential reasons. Firstly it is a small college in terms of student numbers. It really feels like a concentrated and very intense hub of creativity. One knows everyone really well from the IT people to the Academic staff. It is very personal and I think that is crucial in fields that involve creativity. Secondly one is taught by people that love photography. They are people that would talk photography and think photography constantly even if they weren’t teaching at PSC. You become like that yourself and it lets you immerse yourself completely in photography and your project. Finally PSC is very practical in terms of linking you straight into the arts world. You attend openings, meet people, interact with contemporary work all because you are part of a community. The M.A program facilitates that access very organically. 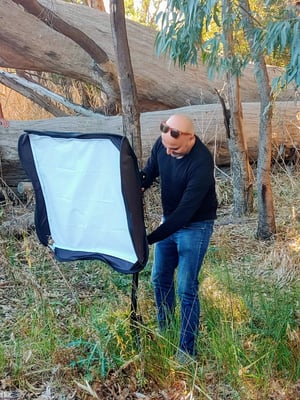