Walkley Award winning photojournalist and PSC's 2010 graduate, Chris Hopkins, works for the likes of The Guardian, The New York Times and The Age. Based in Melbourne, he focuses on social justice, humanitarian issues (although shoots everything from celebrity portraits to food). His work has taken him around the world, and his latest grant is taking him back to Uganda.

Chris gives us deep insights into his life as a working photojournalist such as how he got into the industry (with a little help from PSC), and why to be more financially secure it might be better to be a good all-rounder photographer than a brilliant specialist.

As a freelance journalist based in Melbourne, which publications do you work for?

I am a regular contributor to Australian publications The Guardian, The Age and Sydney Morning Herald, and have semi-regular work with UNHCR, Dementia Australia, The New York Times, SBS and Amnesty.

What do you mostly cover for work?

My work focuses on social justice, humanitarian issues. My aim is to open a dialogue into the issue I am covering. I want to challenge the audience visually but also maintain an empathetic connection to the subject. I want people to see the imagery and ask questions.

Do you only work for publications or on stories that align with your beliefs?

Yes. I am fortunate that the publications and organisations that I work for, generally share the same view of the world that I do.

Your work is engaging and stands out for its moody aesthetic, is this something you have developed over time?

I left PSC in 2010 and I don’t think I really had a ‘style’ of my own. I still think I’m working it out to be honest, I think we all are, however I am getting more comfortable with the aesthetic I would like to be recognised for but also I really enjoy the evolution process that we undertake as our careers progress. 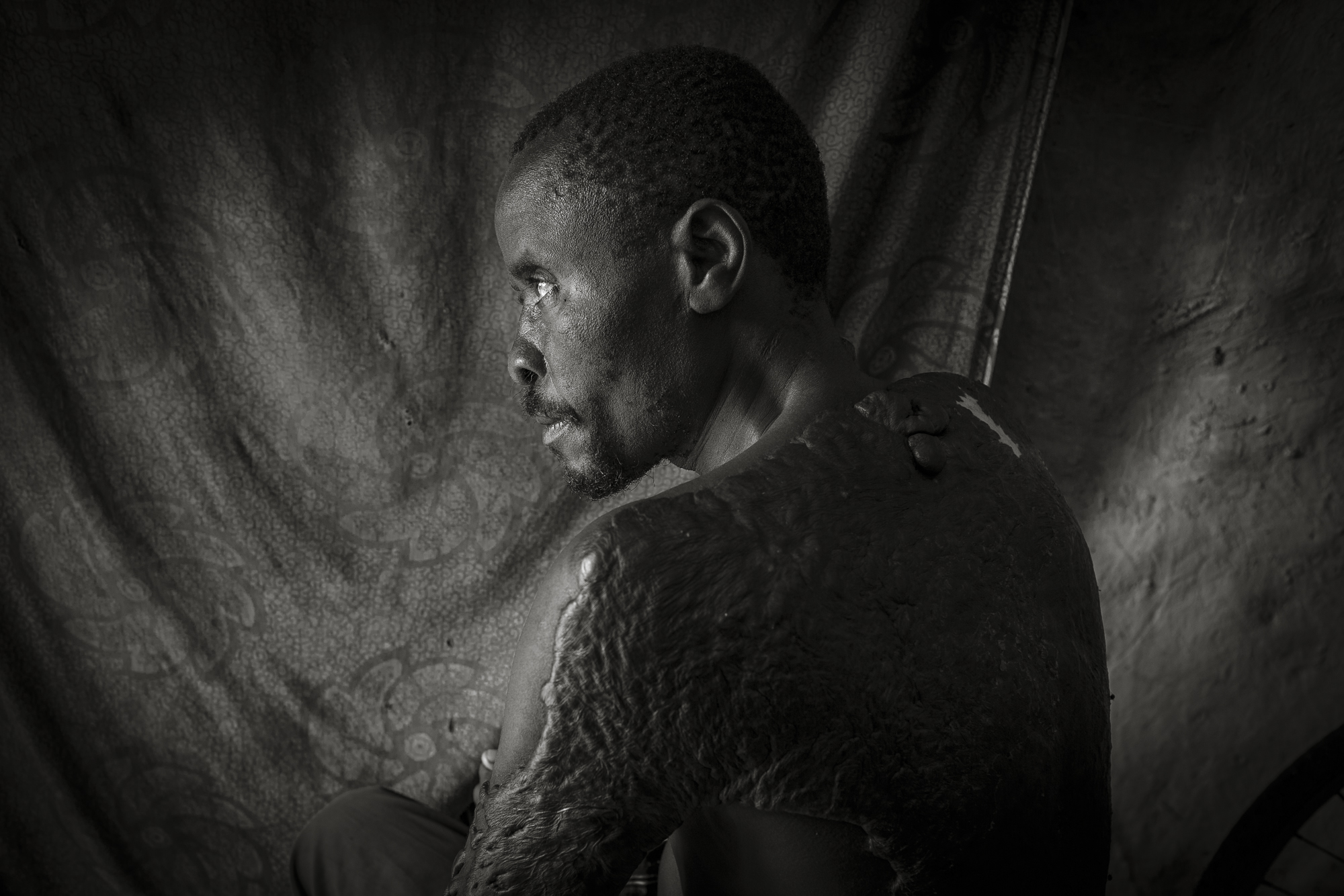 Who inspires your photography?

I’ve always been drawn to darker, high contrast imagery whether it be photography or art. Jan Grarup, Paolo Pelligrin and Alex Majoli all produce work that astounds me in its brutality, both in subject matter and tone or mood. So I guess at this point I am influenced by their work, but often the story narrative of my own work is enhanced by this tone as well.

Often with newspaper work I have an assignment come through less than an hour before the job, and I’ve never been to the location or aren’t completely across the story. In these situations you have to be able to think quickly, know what will suit the publication and the journalists story but also stay true to yourself. This occurred with a feature I did with The Age on the health issues faced by firefighters who were at the West Footscray warehouse fire. 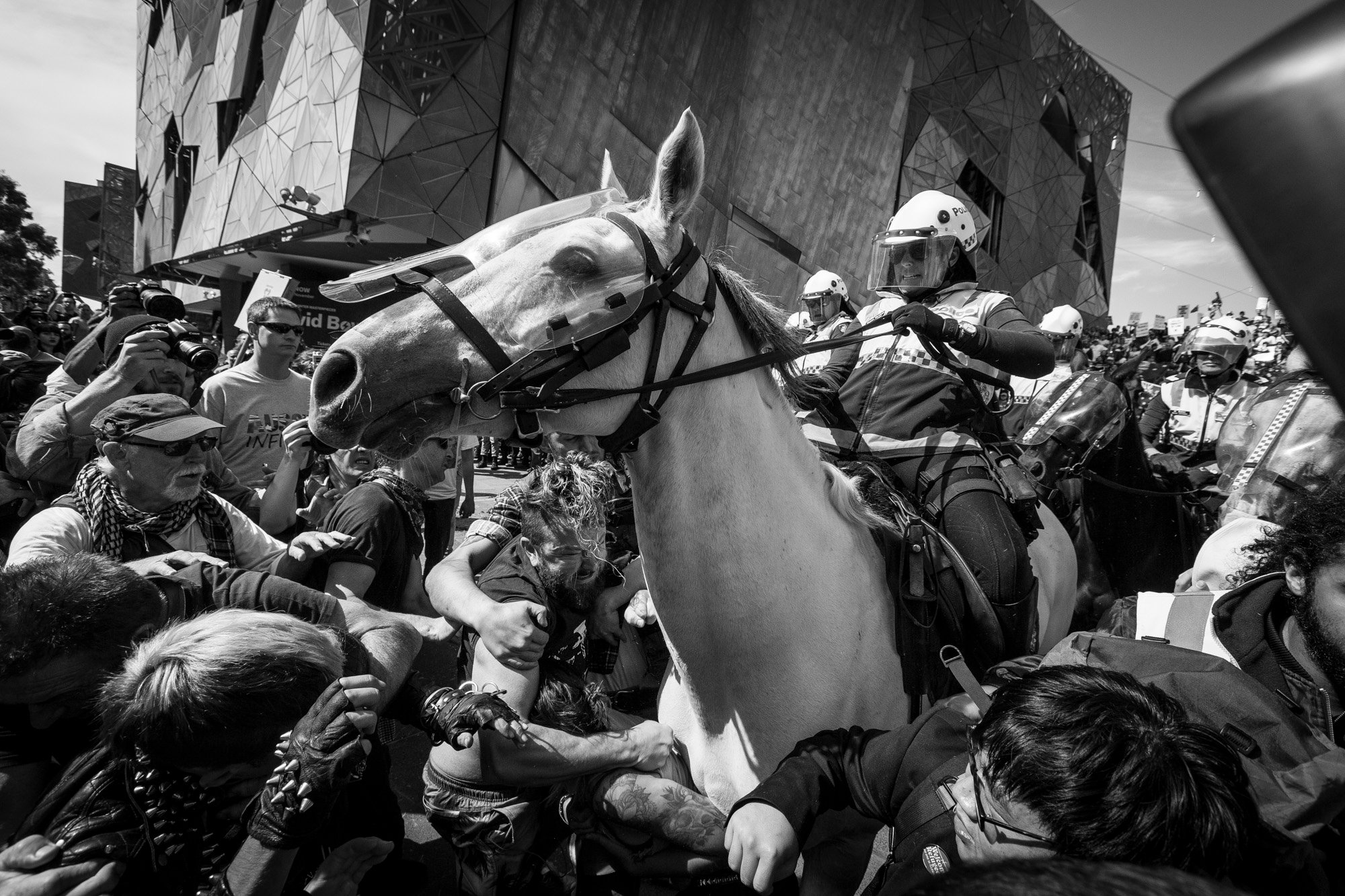 How do you approach a story if you have a bit more time to prepare?

There are times, when I may have a week to do some research into the issue, and conceptualise how I think the images should look. When I am working on a larger body of work I will sketch, very basically, what I see in my mind and how it is lit as a visual reference point. It may not be exactly how the final images will look due to circumstance but I find it handy to have rough pictures in my mind.

Do you have an amount of creative freedom once you've been given the brief?

Picture editors will require you to submit a variety of images, and which is used is up to them. That is their job and I leave it to them. It gets put to me sometimes not to ‘go too dark’, but I will always give the editor options! But in saying that, like I mentioned earlier, you have to stay true to yourself as a photographer. The story should be told in the best way you can, utilising the skills that you possess. 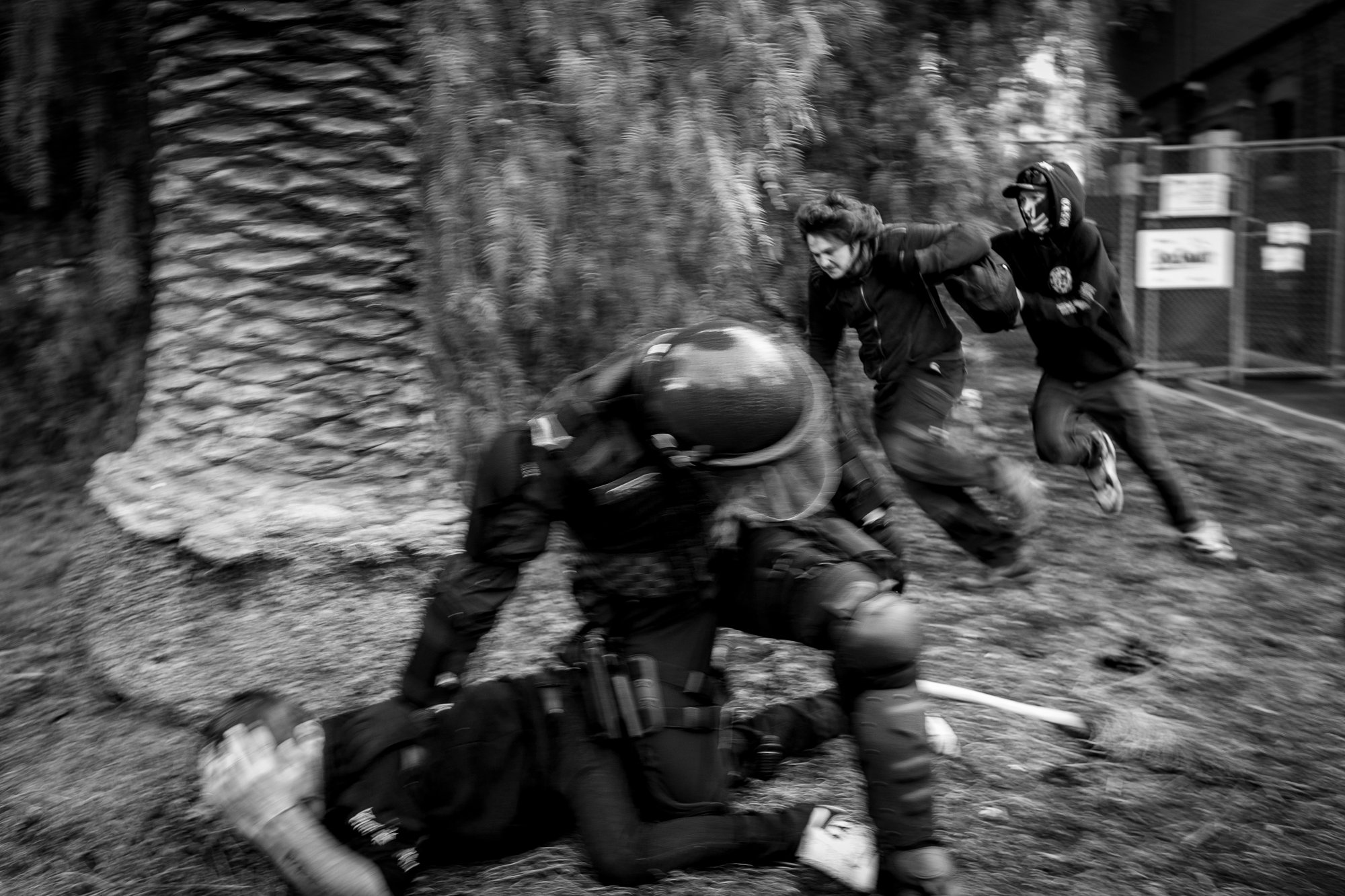 I am in the fortunate position (touch wood!) that I have editors that trust me and we have good working relationships. In that sense I have enormous freedom. When working on a body of work that will be pitched for publication I obviously have total creative control. I will then work with the editors as to which images are best suited for the publication.

Is there more pressure on photojournalists to deliver more in less time?

I’ve been in the industry for a relatively short time so can't speak to this conclusively but I do know that you are expected to do more in less time. Anecdotally you hear stories that once upon a time, Time magazine would commission you for two months, now you get two days and where once The Age gave you an entire day, now you get one hour. I spent a total of 10 minutes photographing model Adut Akech earlier this year. Five years ago just the ‘conceptualisation’ for that shoot would have been at least an hour! 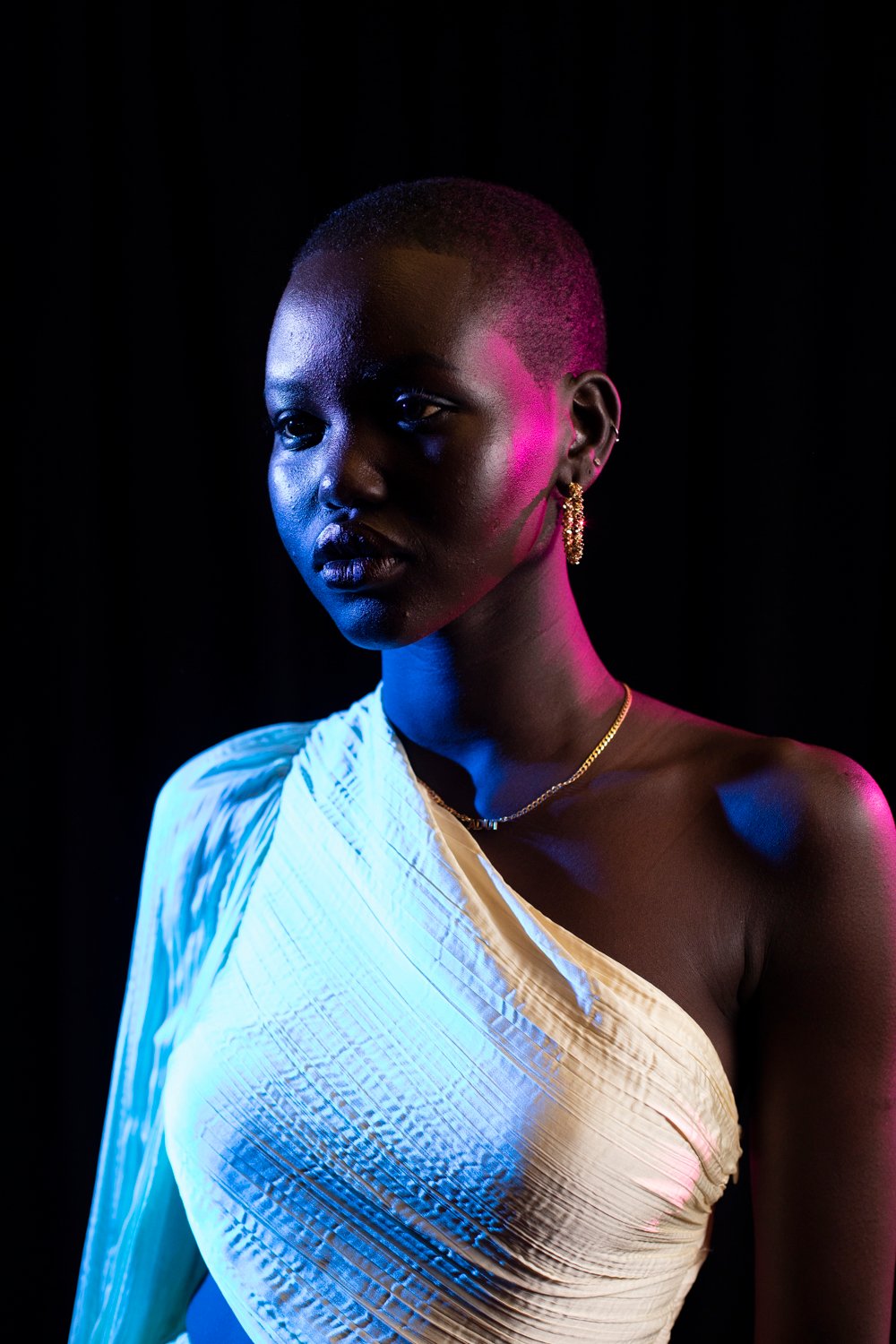 How is the role of a photojournalist changing?

A newspaper photojournalist is also now expected to have a range. The days of one photographer being the ‘feature shoot’ or ‘horse racing’ specialist are coming to an end. You must be able to photograph; food, high-end studio portraiture, sport, hard news, bushfires, weather etc. Due to the financial constraints faced by most media organisations in this country a good all-rounder is worth more to them than a brilliant specialist. And this becomes true outside of the newspaper industry as well. It is easier to be financially secure if you can diversify your skill set.

How did you get into the industry?

When I was in final year, Fairfax’s Community News division needed a casual and my final year teacher, Mel Faith Dove who was working with The Age at the time, put my name forward. I got a phone call and started doing some shifts with them. It was the ultimate learning curve. It taught me to think on my feet and be adaptable to different situations. During that time I documented the lives of second-generation Agent Orange victims in Vietnam and was awarded the Walkley slideshow prize. It got the attention of editors at The Age and Getty Images and I started working for them.

What advice can you give our students who want to work for world renowned publications such as the ones that you work for?

Other than working extremely hard, having a killer folio that is always ready to show editors and never saying no to a job, I would recommend spending time with others in the industry you want to work in and pick their brain for advice. Networking comprised a large part of my early career and it still does.

Essentially what is the role of a photojournalist/documentary photographer?

I always have seen the role, or mine anyway, as a storyteller. Someone who is documenting a moment in time through imagery. I don’t think this has changed at all but the means by which it is distributed have. I worked on a project last year (2018) for SBS Online Documentaries documenting the life of Yunus a Rohingyan refugee making his way on a temporary visa in Australia, and the project was driven by Instagram. For three months I would spend time with Yunus, creating images and video, and the team in Sydney would weave it together into these beautifully creative posts that coincided with Yunus’ family living through monsoon season in the camps in Bangladesh. It was hugely successful and a very different method of story telling but my processes as a photojournalist remained the same. 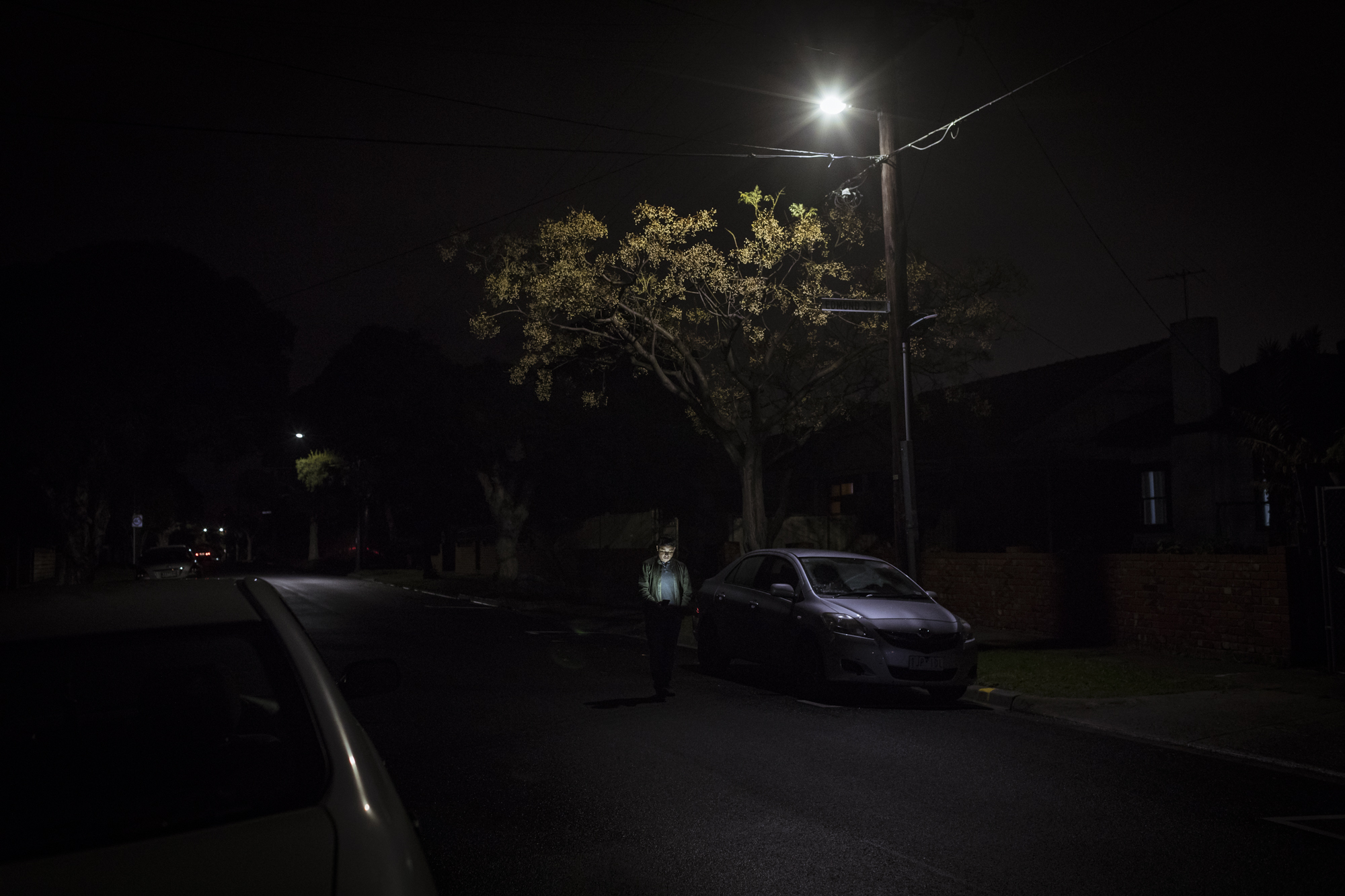 So your work has to translate into multiple new and evolving mediums?

It is a good example of how the image making process and the audience interaction with the images has changed. As photojournalists we have to be conscience that the world is oversaturated with imagery so our end intention and use of the image has to be definite. In the past I guess most work of this type was printed in a magazine or newspaper and consumed that way, so the role of the photojournalist was very clear. Now the means of consumption is wider so we have to be more aware, ethically, where the images could end up.

Do you get to travel a lot for work?

I do get to travel, usually for major projects that I have initiated. Overseas, I have worked in Vietnam, Uganda and Indonesia. Currently I am working on a project making portraits of Australian Defence Force veterans who are living with mental health or neurological issues, which has seen me travel a lot through regional Victoria and NSW.

How does it feel to be able to love what you do?

Having a job that I love is a blessing. It is extremely fulfilling when you can see the hard work published but also, personally I get the most satisfaction out of knowing that if I can draw awareness to the issue, get people talking about it, then I’ve done my job properly.

What are some projects that you're working on right now?

I have a couple of projects at different stages at the moment. Like I mentioned earlier the ‘Invisible Wounds’ ADF portraits has been acquired by the Australian War Memorial so that is an ongoing body of work. I have also just been awarded a grant to head back to Uganda to continue my project I began in 2014 documenting the various concerns with mental health in that country and I also have something brewing in Thailand and Burma.

Do you feel the skills you learned at PSC helped you build a foundation for your career in photography?

Yes. When I started at Photography Studies College I knew I wanted to be a photographer because I had a broad passion for the process involved, but it was only through the guidance of the teachers there that I realised the best way of making a career of it was to incorporate my story telling ability. Hence I threw myself into photojournalism.

What else did you enjoy about studying at PSC?

Being around like-minded students and teachers also helped - I guess it was an immersion, so to speak. I would hear names like Nachtwey and Salgado and look at their work, but also local guys like Jason South and Simon O’Dwyer whose images I would dissect in the weekend newspapers.

PSC also had a great mentorship program. This enabled me to link up with Justin McManus from The Age and he would guide me not just technically but offer great insights into the industry and its expectations, which I feel made me ready when I started to land assignments. 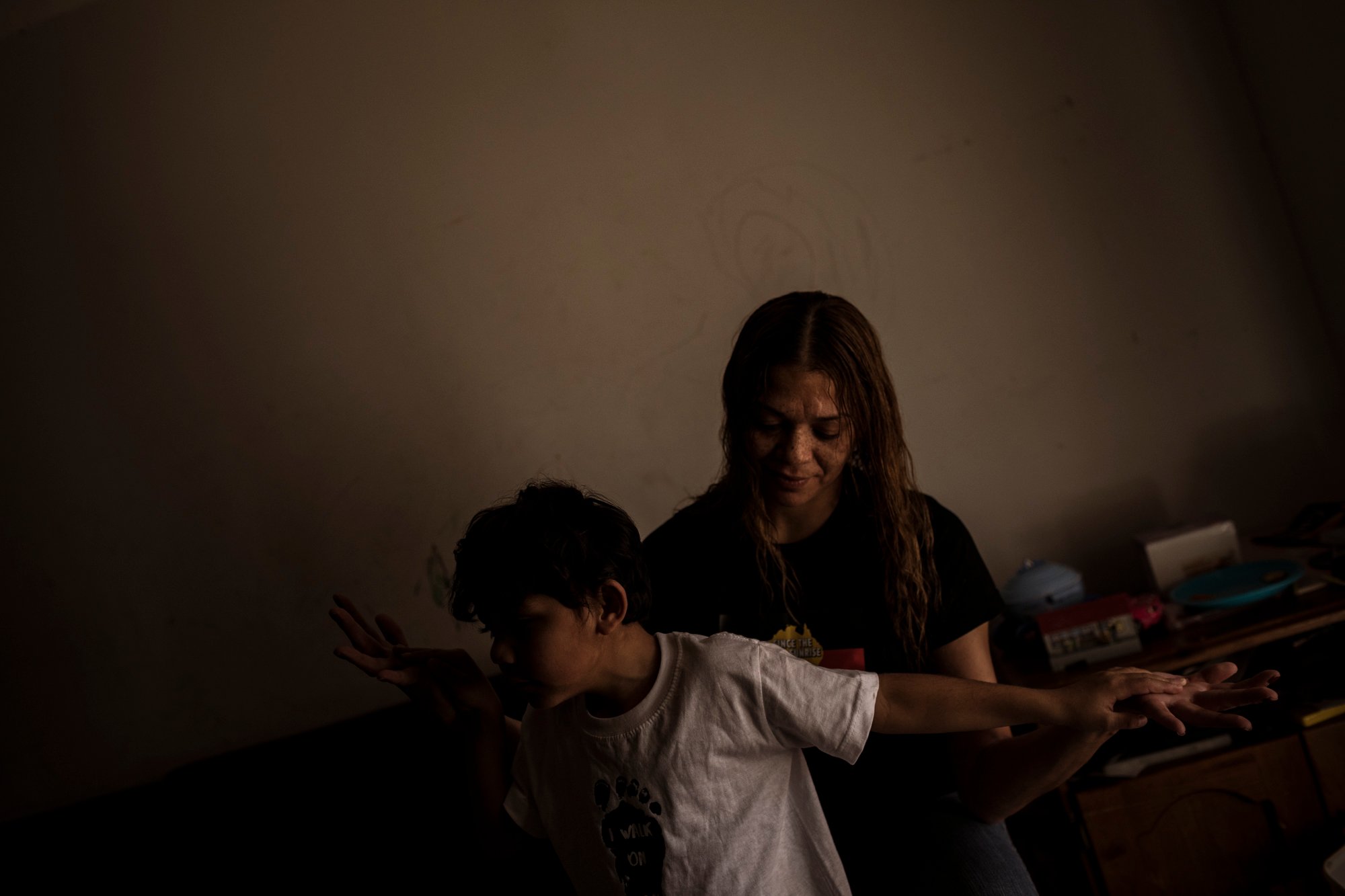 Would you recommend PSC?

Definitely. Like I mentioned - the college helped me get the grounding I needed to be industry ready. Being able to forge a career in the media as a photojournalist is not easy. The effort needed is up to the individual but PSC had me as ready as I could have been. 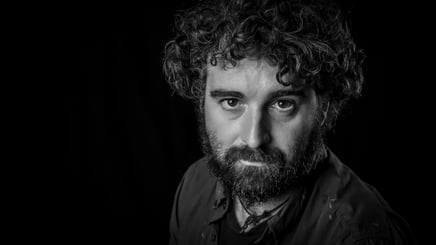