PSC student Ahmad Sabra arrived in Australia from Lebanon when he was 12-years-old. His mother is ethnically Kurdish and his father is from Syria. Growing up in Melbourne, Arab-Australian Muslim Ahmad says he's had to prove his loyalty to Australia in order to be accepted by society. His current Master of Arts – Photography research project explores Islamophobia through a multimedia exhibition that features his series 'Creeping Caravans' – topographic photographs of Kebab caravans across Melbourne's northern and western suburbs.

Read about Ahmad's work that highlights the absurdity of claims made against Muslim Australians, why he decided to do his MA at PSC, and his current major exhibition 'Invisible Frontiers' at Broadmeadows Town-Hall.

Your series 'Creeping Caravans' explores how you feel you had to justify your 'Australianness' while growing up, and the Islamophobia you've experienced. Tell us about your cultural background and heritage?

I identify as an Arab-Australian Muslim. My family relocated to Australia from Lebanon in the 90’s when I was 12-years-old in order to reunite with my father's family. My extended family migrated to Australia during the beginning of the Lebanese civil war in the early 70’s and they were skilled metal workers. My mother is ethnically Kurdish and her family lived in Syria. My father is Syrian and resided in Lebanon. Being Muslim in Australia, I feel that I have to constantly justify my presence and somehow prove my loyalty to Australia.

'Creeping Caravans' was created during your Master of Arts - Photography research project, and forms part of your exhibition 'Invisible Frontiers' currently held at Broadmeadows Townhall. First, what did you choose to photograph?

'Creeping Caravans' comprises a series of exterior photographs of kebab caravans in Melbourne (mostly in the north and western suburbs) that were made when the caravans were closed during the day. They are locked up and inactive but look somewhat sinister – as if something is taking place behind closed doors but in plain sight. 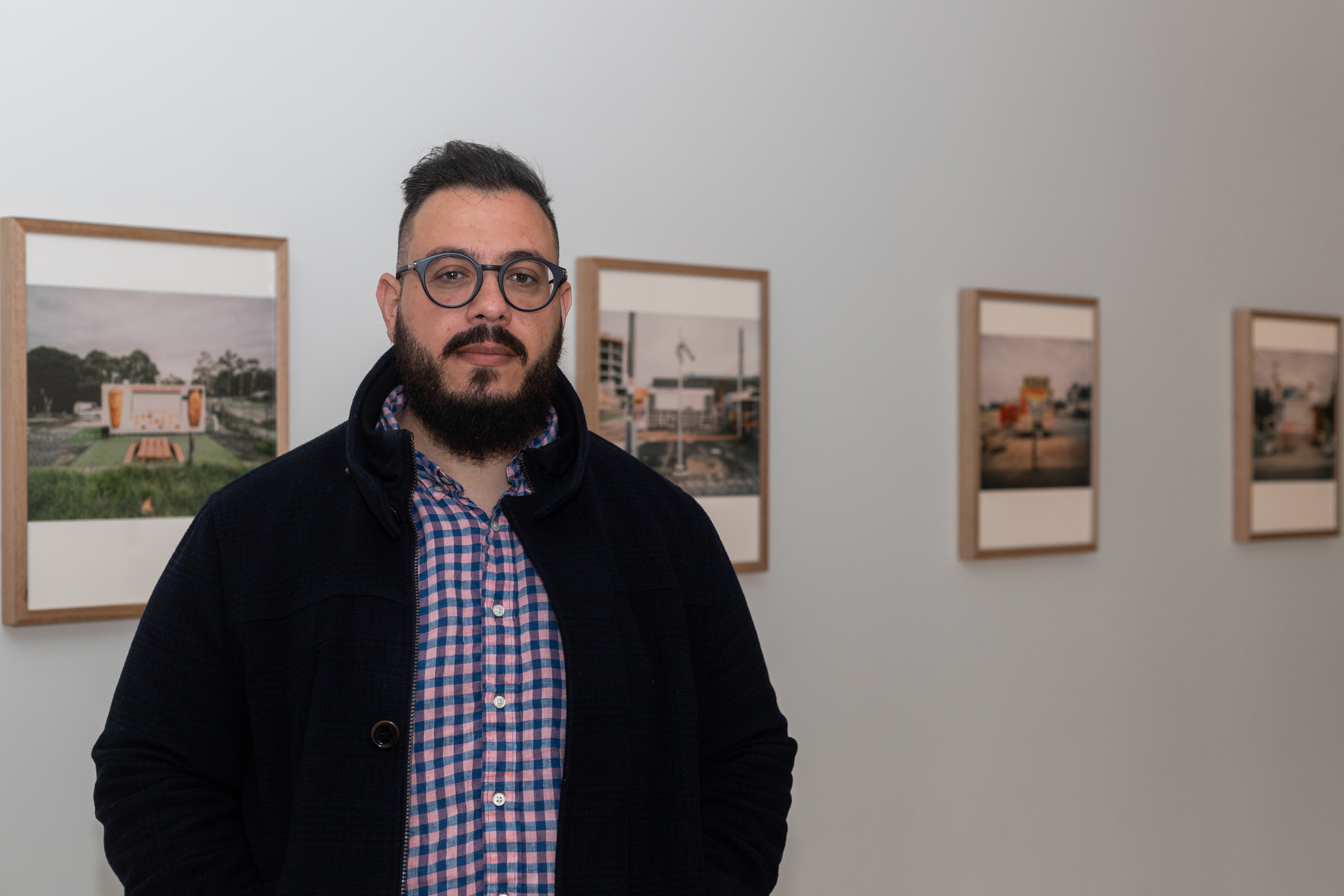 Image of Ahmad Sabra at his Broadmeadows Townhall exhibition. Photo by Erhan Tirli

Why is this work titled 'Creeping Caravans'?

'Creeping Sharia' is a common Islamophobic term, to define a perceived and gradual Islamification of the West. Sharia simply means Islamic law in Arabic. The idea that Sharia will become part of the Australian law is far-fetched, it is a delusion of right-wing fascists.

How has this affected your community?

Such Islamophobes are working hard to be heard and causing problems for the Islamic community. They are gaining media attention by lobbying to stop Halal certification, opposing the building of Mosques, and attempting to reduce, and even halt, Muslim migration.

Why did you photograph the food caravans when they were closed?

The kebab caravans were photographed while they were closed and during overcast days to portray a sinister existence in contrast to their appearance at night when they are usually depicted as brightly lit and festive with young adults enjoying a late night snack after a night out.

What inspired this concept for your final research project?

A contradictory (and humorous) example that inspired this project is the leader of the Australian United Patriotic Front , Blair Cottrell who was recently seen eating a kebab from a Halal restaurant the same day he was protesting Halal certification. His rationale is that Muslims should assimilate and consume non-Halal food since they are not residing in a Muslim country. He also claims on his social media accounts that Halal certification funds terrorism.

Image of Ahmad Sabra at his Broadmeadows Townhall exhibition. Photo by Erhan Tirli

Ultimately you would like your photography to change people’s prejudices about the Islamic community in Melbourne, and internationally?

I use photography as a medium to explore the world around me and to inform others of how Islamophobia is on the rise and how it can, and has, affected my family, friends and community. The recent Christchurch Mosque massacre on the 15 March 2019 demonstrates that Islamophobia can lead to extreme right-wing terrorist acts.

From your research did you find that Islamophobia is growing in Australia?

Personally, I feel that it is. From an academic perspective former Professor at Flinders University and Director of the International Centre for Muslim and non-Muslim Understanding at the University of South Australia, Prof. Riaz Hassan has found that nearly 10% of Australians are highly Islamophobic, while 20% were undecided about their true feelings. Prof. Hassan also found that almost 70% appear to have very low levels of Islamophobic attitudes.

Why did you decide to do your Master of Arts - Photography?

I decided to pursue the Master of Arts - Photography to broaden my knowledge and skills. In 2005, I worked at Canon as a technician and we were encouraged to take up photography as a hobby. It was during that time I became interested in documenting the Muslim community in Melbourne. Then later, I travelled to the Middle East (Gaza and Lebanon) to document life in their conflict zones including Palestinian refugees. My first degree was in Finance and I graduated in 2008.

I highly recommend the MA at Photography Studies College. My supervisors and mentors worked with me one-on-one to help me achieve the work I wanted to present. PSC's lecturers Dr. Kristian Häggblom and Higher Education Course Director, Daniel Boetker-Smith were instrumental in my personal development and introduced me to new approaches and languages. 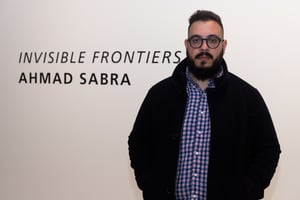