Parallel Visions: Contemporary Interpretations of Italian Design through Art and Virtual Reality is an upcoming exhibition by PSC's Bachelor of Photography First Year Convenor Sarina Lirosi. This show is part of NGV Melbourne Design Week 2020. She will exhibit with three other Australian-Italian artists to showcase art and ideas through photography, painting and installation as well as virtual reality. Inspired by one of Italy's innovative modern designers, Alessandro Mendini, and his ethos of combining high-brow art with kitsch culture, she presents 40 images of objects from her own home.

Read about how she created her latest body of work, why she chose Italian designer Mendini who produced work for Cartier, Hermès and Alessi, and how being part of Melbourne's local art scene rubs off on her students at PSC

The opening of Parallel Visions: Contemporary Interpretations of Italian Design Week through Art and Virtual Reality is on Thursday 12  March from 6:30pm to 8pm at CO.AS.IT, 199 Faraday St, Carlton. It runs till
25 April. 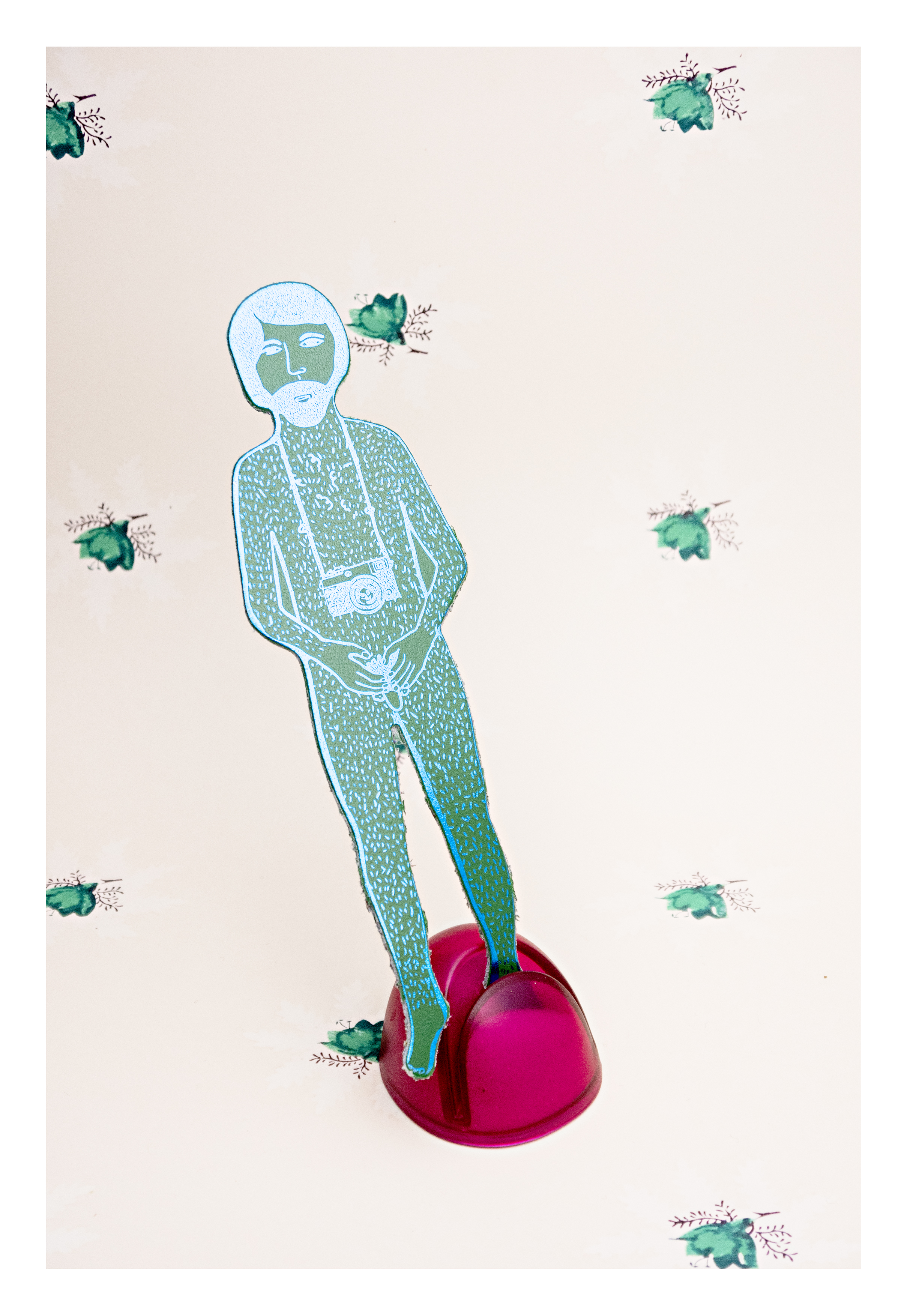 'Parallel Visions' is part of NGV's Design Week featuring all Italian artists, how did it come about?

I work in a studio with three other artists – coincidently all of Italian descent – the idea for this exhibition was hatched by one of the artists – Anna Caione, who alongside her art practice, lectures in the Design faculty at Swinburne University. Discussions between the four of us commenced about a year ago when Anna approached us to be part of this project. Soon after the idea was pitched to the Co.As.It. (Italian Assistance Association) who runs the Museo Italiano in Carlton and also to NGV Melbourne Design Week 2020. We had a very positive response from both organisations.

Tell as about the artist whose work you chose to reinterpret for this exhibition?


For this project, we were each asked to select an Italian designer whose work or ideas we resonate with. After some investigation I selected renowned designer and artist Alessandro Mendini (1931-2019) because at first, I was drawn by his peculiar sculptural works that at times reminded me of my own work. But when I did further research, I found that his ideas tapped into a more profound way of looking at design, in particular his premise that all objects have a certain social and anthropological significance despite their style, value or function. I also appreciated the very inclusive approach to his curation of the 2010 Milan Design Triennale where he gathered together 800 objects, of all kinds, forging unexpected links and references whilst representing what it means to be Italian. 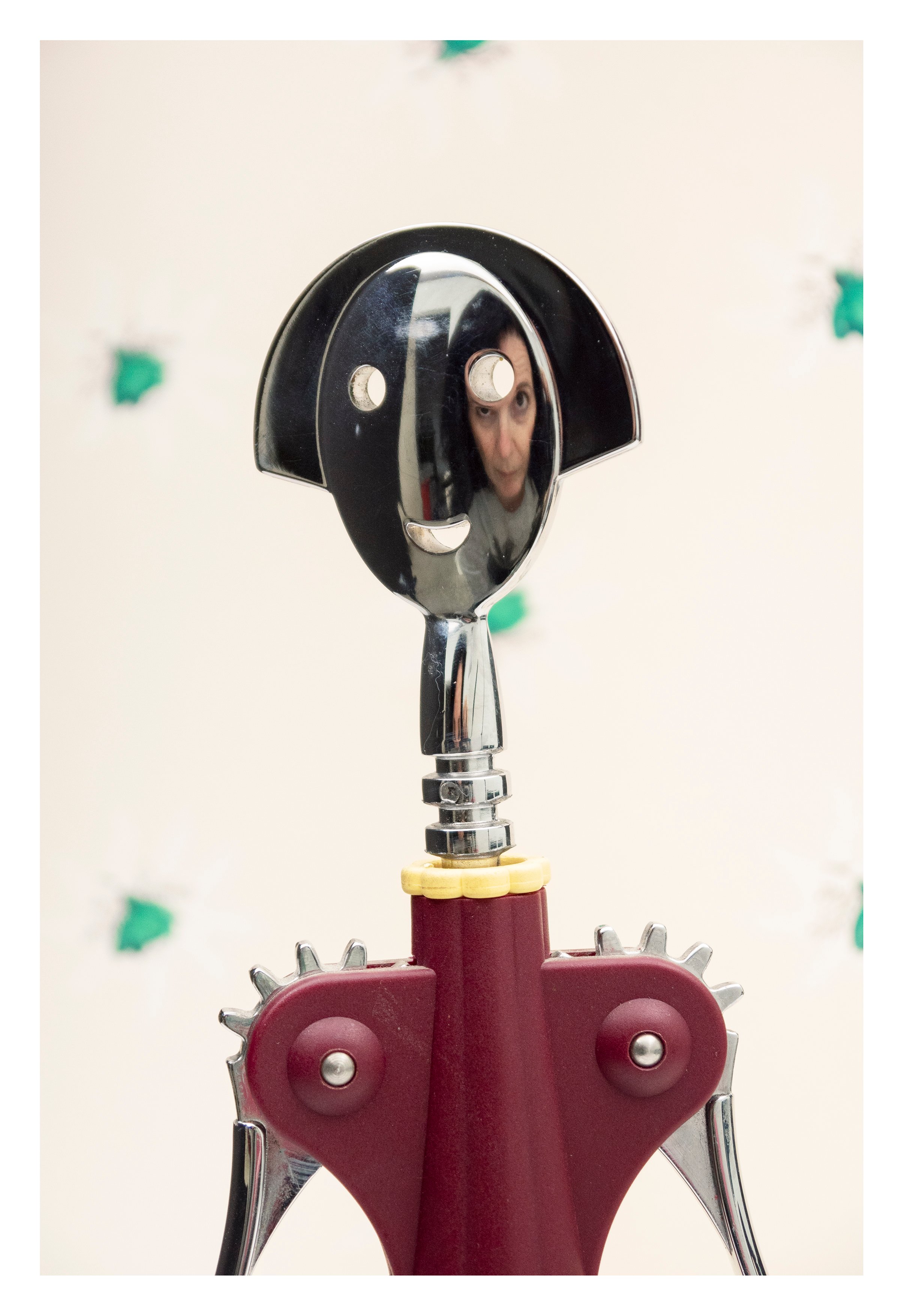 Self-portrait 'Hole in the Head' by Sarina Lirosi of the cork screw designed by Alessandro Mendini for Alessi.

Tell us about how you selected the 40 objects you photographed?

When he was a student, Mendini challenged himself to live with only 40 objects – he failed, realising that this was an impossible undertaking. Based on this, I decided to also select the same number of objects. These were selected for a range of different reasons such as having an emotional connection or finding the object intriguing or humorous.

What experience are you creating for the audience by having these objects on display with your artwork?


We have decided to display the actual objects in the vitrines at the exhibition, so people have an opportunity to see them as three dimensional things that have a certain scale and quality that is sometimes not conveyed through the photograph. Most of the photographs are interpretations of those objects and sometimes not all of the object is visible.

You are constantly creating and exhibiting, do you inspire your students do the same?

I have been exhibiting for many years and I enjoy pushing the boundaries of my practice by participating in new projects, processes and ideas. I enjoy sharing my learning experiences with my students at Photography Studies College to hopefully impart knowledge that will make their journey into exhibition practice rewarding and as smooth as possible.

Join Sarina at the opening of Parallel Visions: Contemporary Interpretations of Italian Design Week through Art and Virtual Reality on Thursday 12  March from 6:30 to 8pm at CO.AS.IT, 199 Faraday St, Carlton. It runs till
25 April. There will be a Meet the Artists Panel Discussion on Thursday 19 March from 6:30-8pm. More info and to RSVP go to www.coasit.com.au or @coasitmelbourne. 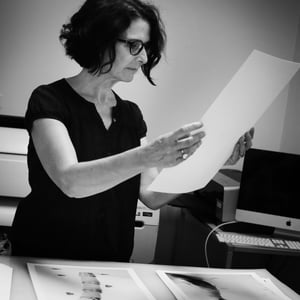