When A Woman Walks Alone At Night

Posted by Social Media on 06/11/2019 5:30:00 PM
PSC's Bachelor of Photography graduate, Sally Kaack's latest photobook, is inspired by historical and current attacks on women travelling alone after dark. Her images in 'The Night Is Still The Same' takes the audience on a journey through the eyes of a woman who has been taught by society to fear night fall, if she is on her own. Her freedom to explore this space has been taken away.
Through light and form, Sally depicts mundane night time suburbia, as a place that is alienating, menacing and a projection of her inner fears. Influenced by two prominent Japanese artists, her photobook is currently being shown at an exhibition of prints and photobooks by PSC, held at the Consulate General of Japan in Melbourne. 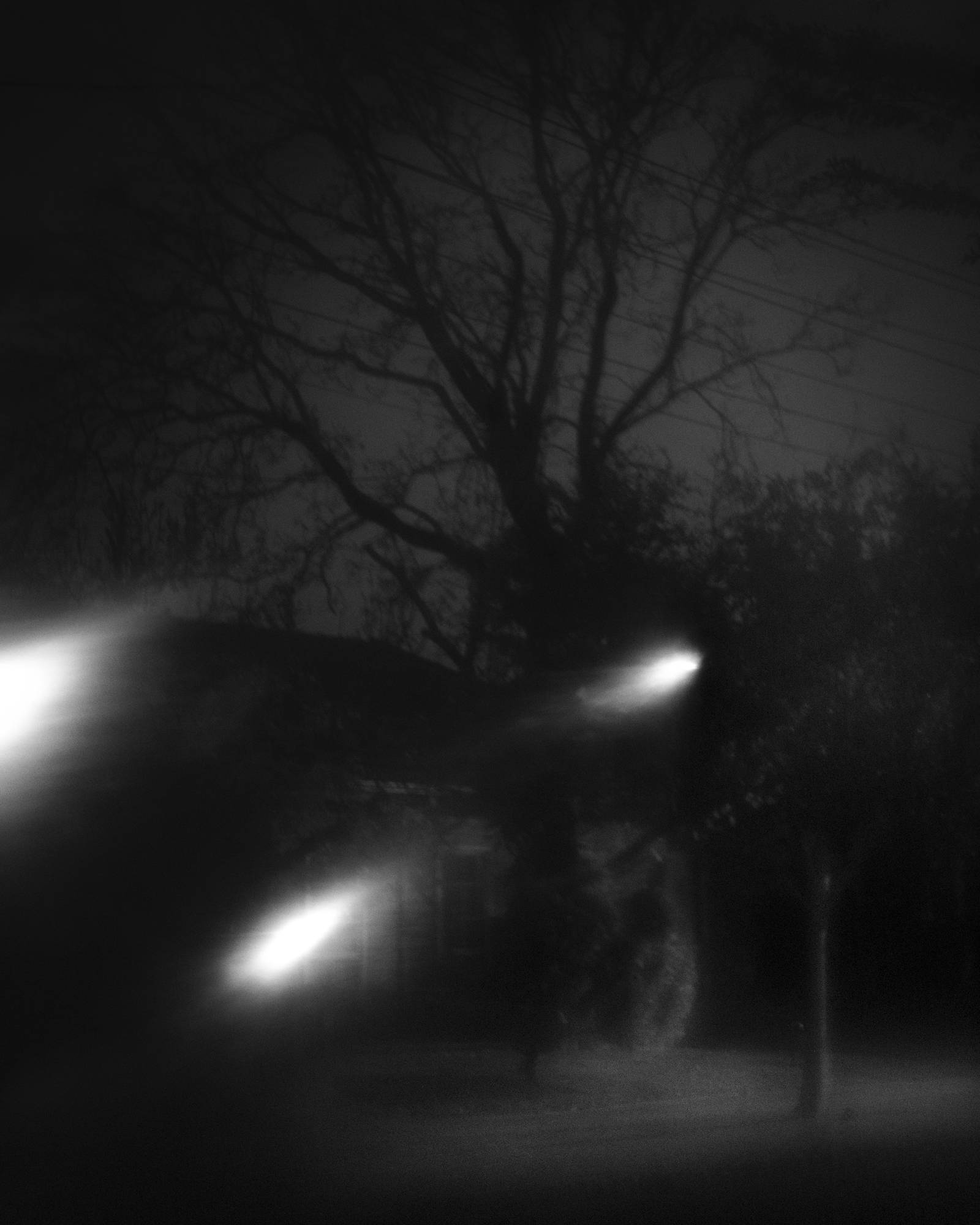 Image by Sally Kaack.
How did you come up with the concept of your photobook 'The Night Is Still The Same', which explores the fear of being attacked experienced by women who travel alone at night?
I began this work quite innocently, taking on the role of a modern flâneur. I found it interesting that there was a term to describe a male wanderer of the street but not a female. The flâneuse is actually an unofficially coined term. I’ve always viewed the night as a magical time that I felt drawn to, but one that was filled with man-made dangers. As I continued with this work I maintained honest with myself, in how I felt and what I believed and hoped these things would convey to my audience.
You shot these images alone at night, were you afraid?
I shot in the suburbia of where I live. My local suburbia is somewhere I feel very comfortable in during the day, to the point of being mundane. This project looked at how the night could transform an otherwise very familiar environment into somewhere that made me feel small and vulnerable. Fear and overcoming fear became a cycle to me and continues to be one. 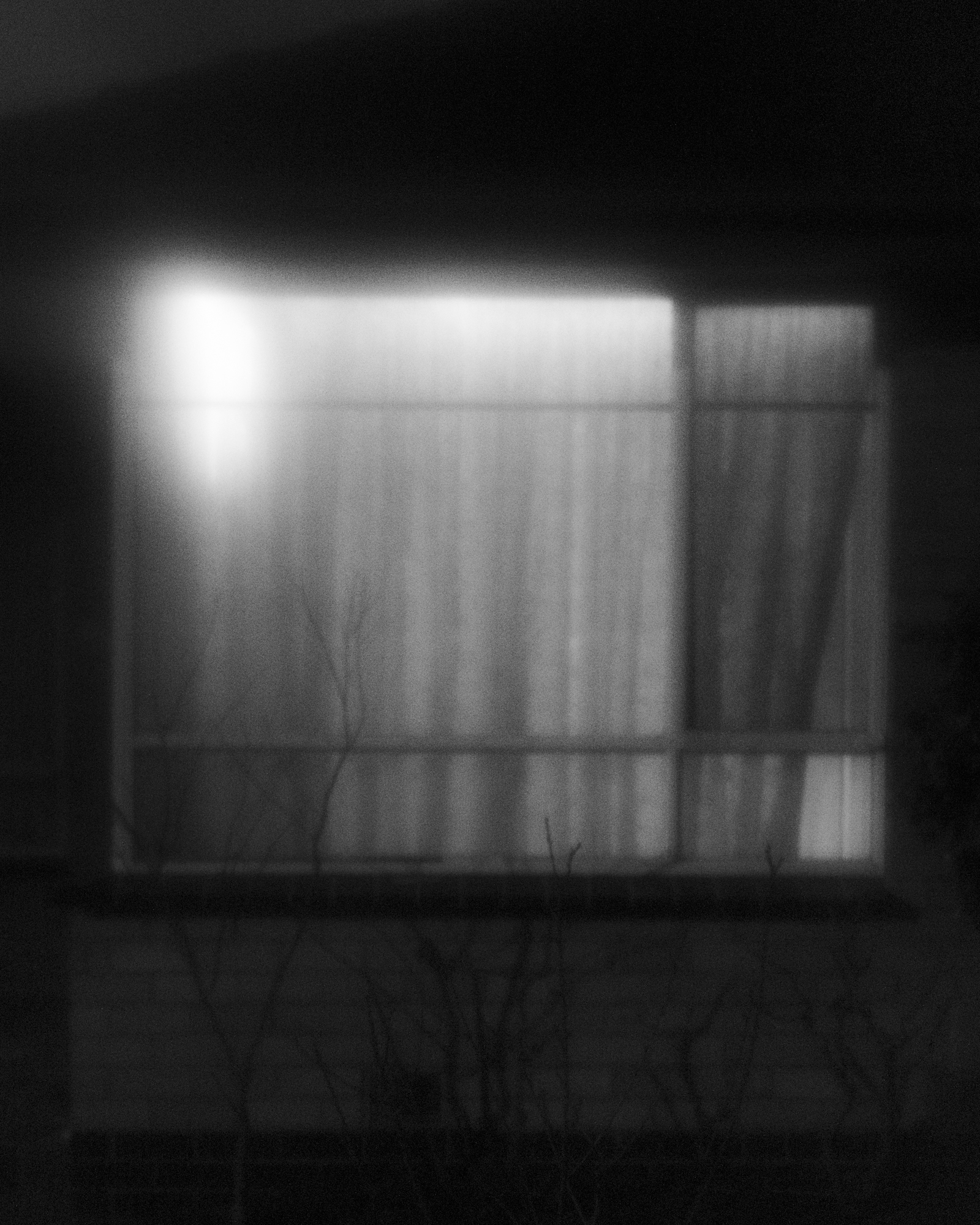 Image by Sally Kaack
How do you feel when you read about a new attack on a woman travelling and how it's handled by the media?
As a female, it’s very upsetting and distressing to hear. I would hope all humans share these feelings. Perhaps it’s a show of dominance or simply a lack of respect? Discussions around re-education and consent have been made, with many imagining the root cause to still be the belief that women are not equal to men.
To comment bluntly, mainstream media has more often than not blamed victims. It goes to show that some of the beliefs we held centuries ago, unfortunately still hold value, thus ‘The night is still the same’.
What are some of your historical references you looked at, did this include Jack the Ripper type cases?
I looked back to the 16th century when women were hunted as witches and then tortured. Often, they didn’t follow the rules that were created to shun women into their place in society and were therefore silenced. During the Victorian era, we had women accused as prostitutes if they were seen walking the streets alone and were raped or murdered. Jack the Ripper is a brutal case but only an example of the many other historical incidents. 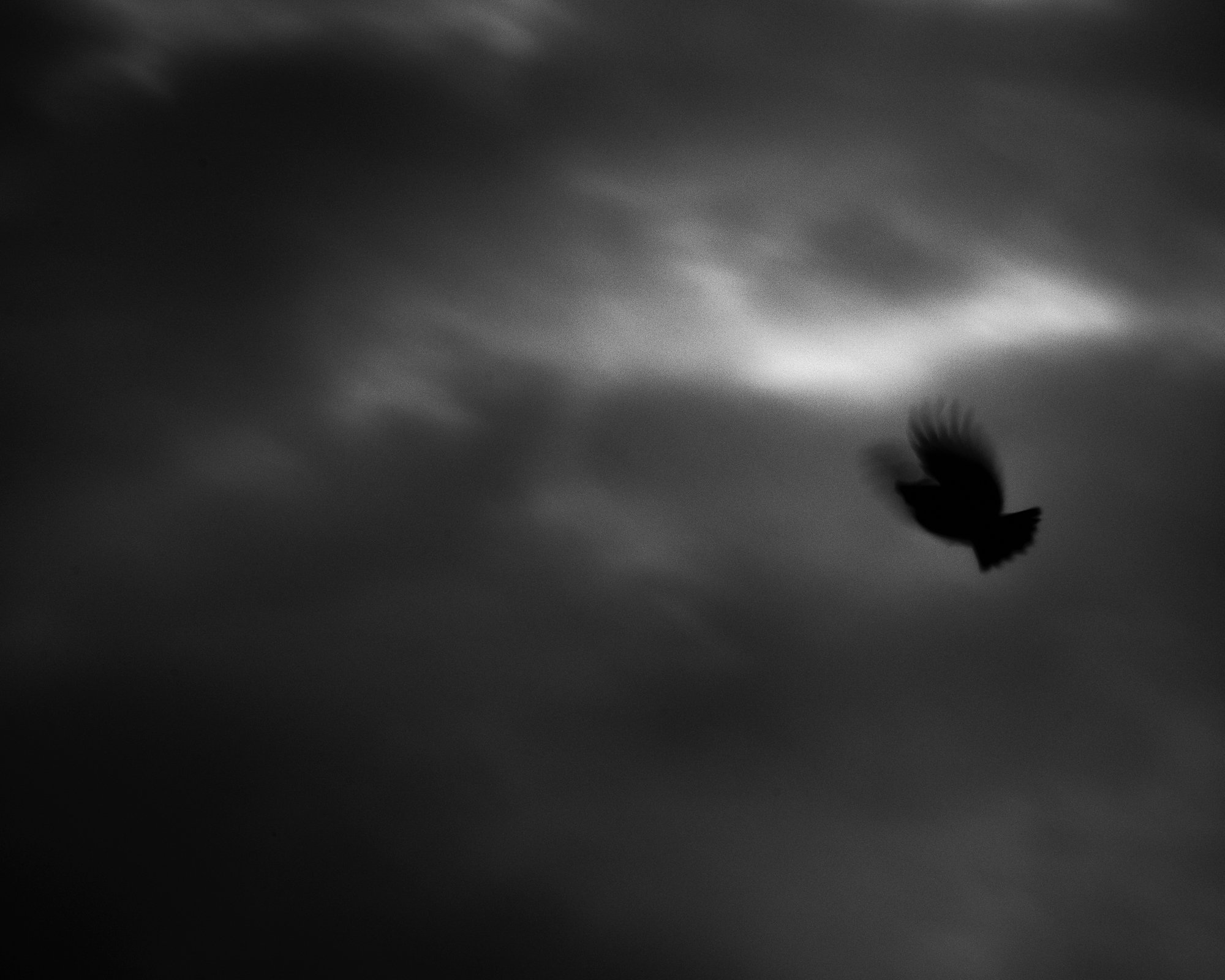 Image by Sally Kaack
You were also inspired by Yuji Hamada’s ‘Photography’ Series from 2015 – how did this influence your photobook?
Yuji Hamada’s series looks at light and how it can transform an otherwise mundane scene. He held these questions surrounding light, ‘where did it come from, and how?’ and discusses how light left him feeling awestruck. I used light in my work to emphasise how uncanny the night felt to me, to the point of feeling alien. I also used light to create obstructions in the night, to highlight why as humans we often fear the dark.
Tell us about how your work has been inspired by Masahisa Fukase’s Ravens?
I was initially inspired by the aesthetic and style of Fukase’s book Ravens. Upon further research, I became in awe of the melancholic narrative featured throughout the book. While a lot of photographic works, share glimpses of scenes the photographer has encountered, I understood Ravens to be a glimpse into Fukase’s mind, sharing his vulnerability, obsession and pain.
To connect back to my work, I felt this method of storytelling would allow the audience to empathise with how I, a female artist saw the night to be; a beautiful, dangerous place of vulnerability and chance. 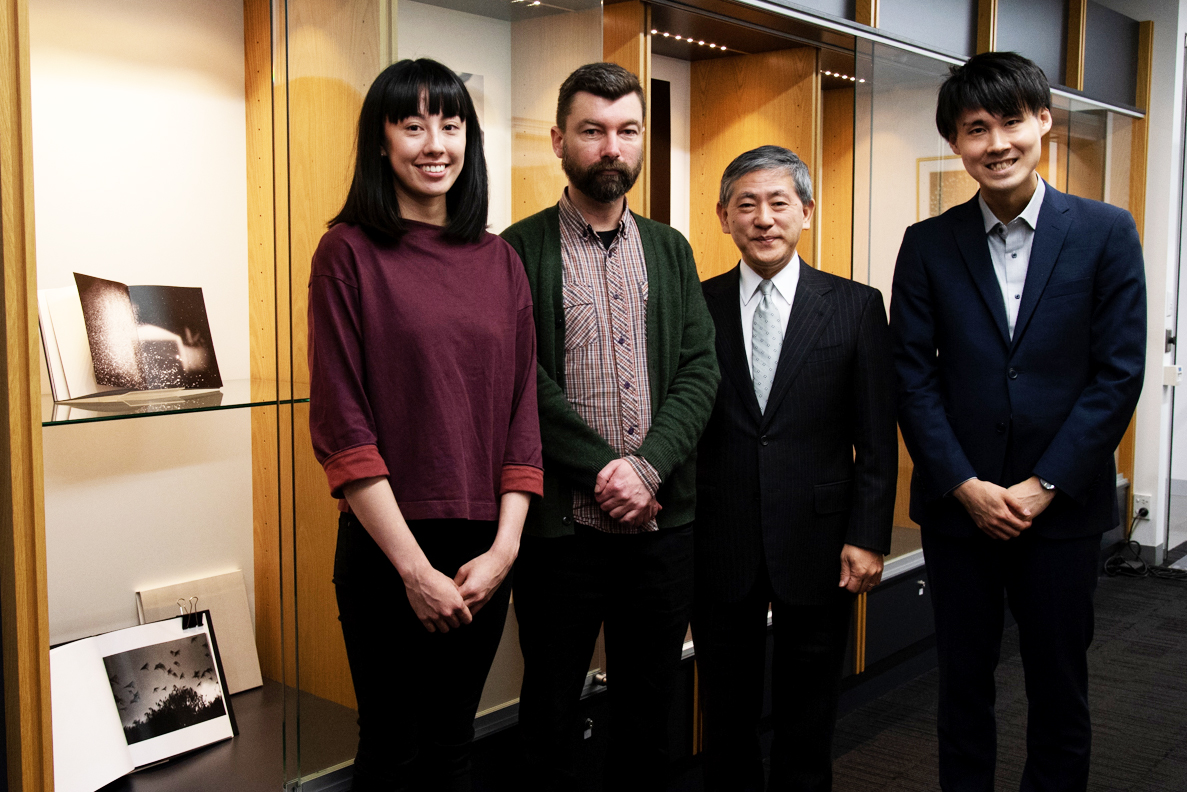 Image from left to right Sally Kaack, PSC's Masters Convenor Dr. Kristian Häggblom, Japanese Consul-General Matsunag, and PSC's Bachelor of Photography student Masatoshi Kobayashi.,
How do you feel about having your book on display at the Japanese Consulate?
It’s an exciting opportunity that lecturer Dr. Kristian Häggblom has prepared. More so, I feel delighted to be a part of this growing relationship between Australia and Japan’s photographic community. Japan has an extensive photographic history which has shaped the photographic industry in more ways than we can recognise, but this is a small part in us acknowledging these connections.
You completed your Bachelor of Photography, tell us about your experience with us?
Looking back at my time at Photography Studies College, I’m in awe of how much I grew, not just as an artist but as a person. As each of my classmates worked on unique projects, I was able to engage with a whole lot of topics that were introduced to me. A lot of inspiration and growth was then accelerated by my lecturers. Some opportunities include being a part of this exhibit at the Japanese Consulate. Others include photographing for different brands, continuing to make personal work and hopefully taking on a Masters in the near future.

Photography and Cross-Cultural Influence features 'The Night Is Still The Same' by PSC graduate Sally Kaack, and the work of students  Sam Forsyth-Gray and Masatoshi, Kobyashi. It runs till 29 November at the Consulate-General of Japan in Melbourne. 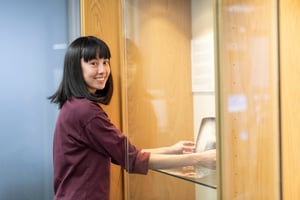