Shing Chia on Connecting with People and Getting Published

Shing received his first SLR Camera (a Canon 300 series model) as a teenager and was always on a quest to take excellent photographs. Years later, he enrolled himself at PSC with the aim of fulfilling this dream. During his final year of studying part time, Shing had the wonderful opportunity of getting his work published by Royal Auto Magazine (RACV). Creating a series of images at PSC to submit to Royal Auto, he was selected by the editor to work on various assignments for the magazine.

His first piece turned out to be an interesting interview with RACV model-plane-enthusiast Bill Bloodworth. Shing made a short video on this personality, which has just been released on Youtube:

Shing enjoyed having the artistic freedom to manage shoots according to his vision, while working for Royal Auto. He was able to create concepts and think of solutions for each assignment, on the fly. After executing the style and vision he learnt to develop at PSC, while working for the magazine, his hard work and uniqueness paid off. Royal Auto chose him to shoot an important heritage feature on RACV vintage cars that was produced in their digital edition of December 2015.

Here's a video he produced for the publication:

(You can access the photographs and article, by downloading the Royal Auto magazine app.)

Shing currently works in the IT infrastructure team for a business school. His motivation for never giving up on his part time studies was the drive to learn from those who changed his perspective:

"Producing great photography, telling stories and striking an emotional connection with your viewers is important. This is something that my lecturers at PSC taught me. If the picture doesn't connect with anyone, people won't feel like seeing your work- no matter how great your technique is." 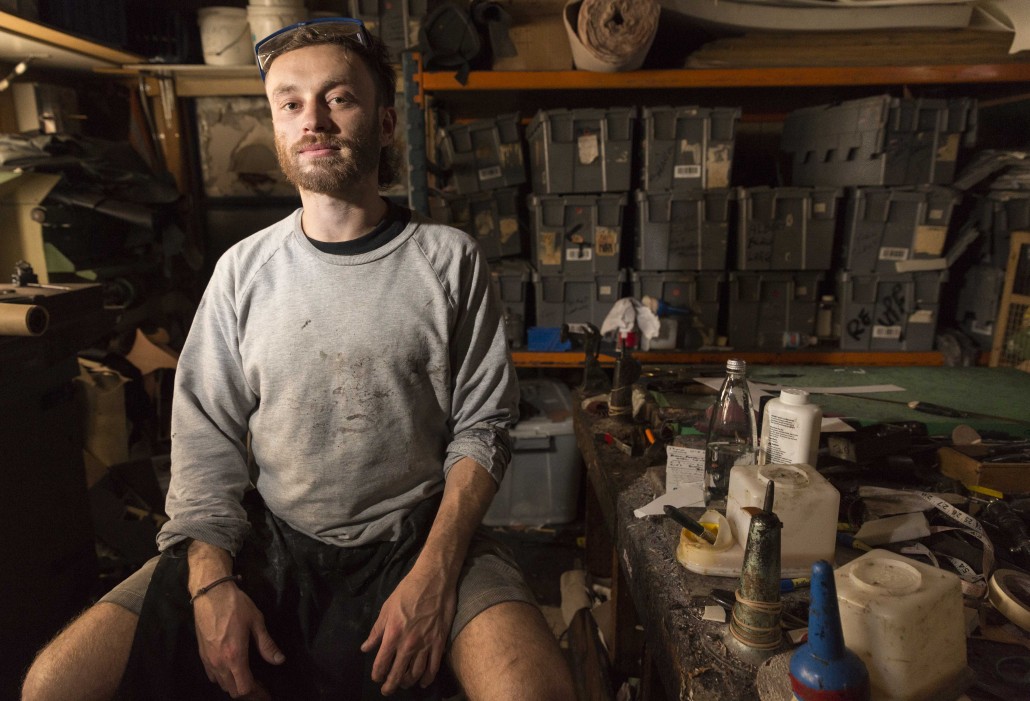 Shing has a deep interest in covering people stories, which he knows is the highest mountain to climb - yet the most satisfying. His advice for taking portrait shots, is to try talking to your subjects and engaging them in a conversation that reveals who they are, before taking your camera out.

His 'Master and Apprentice' series is a testament to his passion of photography. It is a personal project that was further developed at PSC and focuses on old trades that are disappearing from society. During the course of developing this series, Shing felt his respect grow for the old fashion methods of creating things. He admires the tenacity of business owners from previous generations who struggled against all odds to make their dream a reality, and pass down their skills to younger generations. The project is one that is constantly evolving; Shing is now capturing trades that have 'significant histories'.

For Shing, people are extremely fascinating to capture. It makes perfect sense, since he's a well traveled person who has experienced the joy of building connections with those of varied cultural backgrounds. Shing was born in Borneo and moved to Singapore at the age of 11 to live with guardians. He then migrated to Tasmania, along with his family and moved to Melbourne in 1996.

Shing is currently very busy with clients since completing his studies from PSC. He is working on developing a new website at the moment, and we wish him all the best for his future endeavours.

To learn more about Part Time courses beginning on March 9 at PSC, contact us.