Today is it! Our final 2017 graduate feature before the graduation ceremony tonight.

Art photographer Keely Farrugia sat down and spoke to us about her three years at PSC.

Hey Keely, after three years it's all come to an end; when did you first start getting into photography? Why did you pursue it?

Well, when I was a child, I was always playing with the family camera. I’d often be in the backyard photographing plants, bugs and magpies, there was never a concept as too why, I guess I photographed whatever popped into the backyard and made it interesting. I was even more enthused by my friend’s father who happened to be a professional portrait photographer. This spiked my interest further when I got to hold his camera (Canon EOS 1D Mark IV), I was given the opportunity to photograph his daughters and watch over some of his portrait sessions. This was my first inspiration to become the photographer I am today.

Did you imagine you would become a portrait photographer like him?

Upon entering PSC, I aimed to be a creative fashion photographer. I had the goal of bringing a whole new concept and influence to the commercial/ editorial industry but also having the dream to one day be Annie Leibovitz’s assistant. I believe the most beneficial thing I’ve taken in so far is; it doesn’t hurt to slow down. Whilst learning how to drive a manual car, my great instructor said "You don’t have to go so fast as long as you get there at your own pace, everything will be fine". I’ve lived by those words ever since, and as the days go by I’m just taking my time and enjoying life at my own pace.

Was that a challenge for you? Figuring out how to slow down?

No, the challenging moment was standing in front of people and talking about my work.

My most rewarding moment was receiving silver award in the APPAs and making friends during the course.

How did your style develop over the years you spent here?

To be honest I’m still trying to figure out what exactly is my style. It’s a work in progress, I’m inspired everyday whilst browsing through Pinterest and always finding a new challenge or wanting to appropriate an image. My style is all over the place, ask this question in 10 years, maybe I might have an answer but for now I’m still searching.

What was your graduating folio about?

My graduating folio was literally about Breasts. It’s a debatable topic going on right now whether you know about it or not. My folio focused around the controversial issue of breasts and breast feeding in public. An exploration of society’s multiple outlooks on the female breast, using the body part as a confrontation towards public, social media and censorship but most importantly how it’s differentiated against it’s natural purpose. This idea came about, when scrolling through Facebook and watching several videos of social experiments of breastfeeding in public and the ‘Free the Nipple’ campaign spiralling to an internet phase. I decided to take this on, in the form of a fine art project, at first it did start out as a joke but after thorough research and careful imaging there was a sense of guilt in the end. The amount of insults and injustice that attacks the female breasts was beyond what I first imagined but it pushed the project forward to show the viewer how natural and pleasant breasts can be rather than a sexual object.

Do you have any advice for current students?

Pinterest is your friend, use it and abuse it. Inspiration is the most important thing, if you don’t have it, how are you going to meet your goal without it?

What have you been up to since you left  PSC?

I’ve been picking up on film photography, using my Pentax Spotmatic and Ilford 400 film. Recently I’ve been photographing portraits and spiders, using double exposure technique. It’s weird and random, I know. Whatever floats your boat, so far I’m sailing into a new direction of interest. Challenge accepted.

Brilliant! So when you're to taking photos of spiders on film, what do you do?

I either browse Pinterest to find motivation and/or inspiration or read a Jane Austen novel. Sometimes you find creative ideas and influences in the most inconvenient moments.

I’ve probably said this twice now but anything and everything on Pinterest inspires me, although when talking about photography I’m always inspired by Annie Leibovitz, Cindy Sherman, Carrol Jerroms and Richard Alvedon. Everyday I’m truly inspired by my parents putting others first before themselves, going out their way to make my brother and I happy.

Do you have a dream job or shoot?

I have not given up on one day being Annie Leibovitz assistant, I vow to make it happen.

If you want to see what else Keely has been up to, check out her Instagram 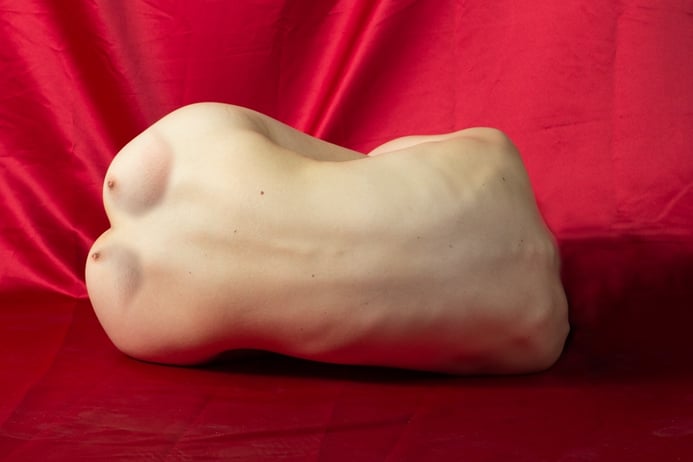