High-Tech Voyeurism In South Korea Has Created Fear And Paranoia Among Women – And Is The Subject Of Graduate Whitney Arlana's Upcoming Exhibition.

PSC's Bachelor of Photography graduate Whitney Arlana moved to South Korea in 2018. Once there, she soon learned about South Korea's illegal sex cam racket. Sexual predators place tiny cameras in toilets or changing rooms to record women in their most private moments. These videos are then streamed online for big money.

In her photography exhibition 'The Screw of a Door's Latch', Whitney chooses to explore the psychological ramifications of these digital sex crimes on women and their daily lives. It's a timely topic, as the country's first spy-cam related suicide was reported in September last year.

Whitney talks about her own experience, the solidarity of women in a society that appears to dismiss their palpable fear as irrational or an overreaction. She also explains the process behind her almost forensic style work – highlighting the insidious nature of this epidemic, and how it can slowly push potential victims to breaking point.

Whitney's show opens at Seventh Gallery on 5 February at 6pm.

It is a work that engages with technological growth and the vulnerabilities and fear it can create. The work stems from a personal experience of living in an environment where such problems are becoming an epidemic. When using public bathrooms, I’d notice dozens of holes in the cubicle walls filled with toilet paper.

Who put the toilet paper in the holes?

There is a solidarity between women in South Korea, they help each other out where they can. One of the images in the series is of a cubicle wall. In this photo (below) you can see small holes from where cameras once were installed. Most women, after inspecting the holes for themselves, fill these holes with toilet paper so the next woman wouldn’t need to check it. 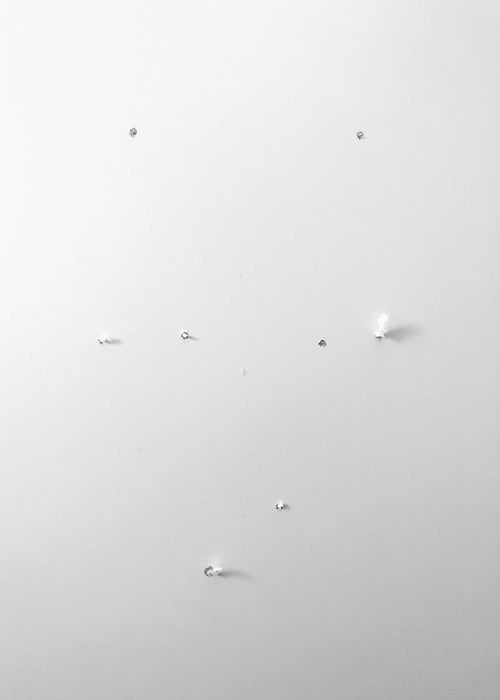 Where else are these  cameras surreptitiously placed?

I saw warnings in South Korean female Facebook groups about cameras being hidden in taxis, subways, change-rooms and even hotel rooms. The footage and photos are streamed onto anonymous websites where subscribers watch women unannounced in private moments, unaware of their audience. Sometimes the cameras are set up and recording within 15 minutes by the perpetrators..

What is the psychological impact of this on women?

This leaves women with feelings of vulnerability, paranoia and the fear of being publicly displayed. Subsequently, many are dismissed by the authorities for being overreactive or irrational. This is where the work departs and aims to convey the lived experience, both through the chaos and calm of potentially being watched.

You moved to South Korea with your partner in 2018, when did you first become aware of this online sex racket?

It was during my first week in South Korea when I had noticed something different on the subway. But it was after a few months that I learned about the extent problem.

How did this affect your daily life and freedom when going out?

It definitely affected the way I dressed. I stopped wearing skirts or wore bike pants under my skirt. We travelled throughout the country while we lived there, so I made sure there wasn’t any cameras installed in the Airbnb’s and love motels (cheap accomodation) we stayed in. It’s a strange feeling to be paranoid about a crime that could happen against you. And never knowing if it has. 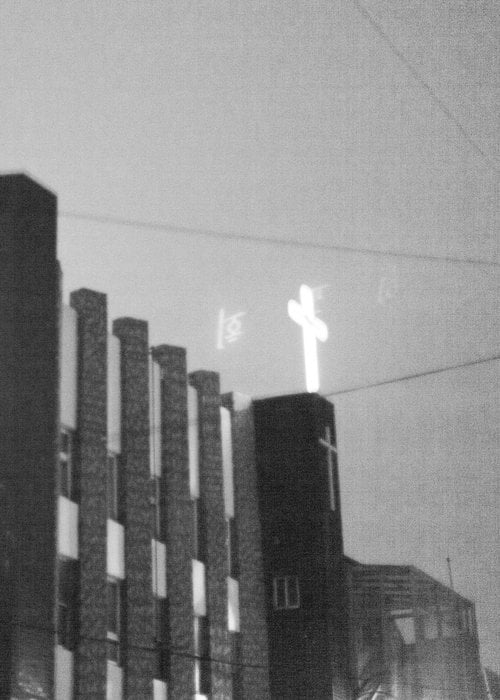 Tell us about the process of photographing this series?

I noticed CCTV cameras everywhere. So I started thinking about the concept of being watched and watching back. Then I found out that these crimes were happening, and started asking my Korean friends about it. And I started paying attention to the news, and researching, and the work evolved from there.

The images have an almost forensic feel, tell us about how you wanted the final images to look?

When I first started shooting I bought the cheapest digital camera I could find, and took photos on that for a while (the quality ended up being far too bad to use). But it put me on the path of distorting and stretching the images. In some images you can see the pattern of the digital sensor coming through. Other images, I’ve pushed the brightness or contrast past what would be acceptable in a photographers practice. I think it plays back to the technological advancements of South Korea and digital nature of the country and the topic.

Why did you decide to study a Bachelor of Photography?

I decided to study a Bachelor of Photography because I wasn’t satisfied when I finished studying an advanced diploma. I had learnt the techniques of photography but I wanted to know more about the why of photography. When I applied for the program, I was also still quite young and wasn’t ready to face the real world yet.

Would you recommend studying a Bachelors at Photography Studies College?

Yes, I  would because it's focused on photography only. I completed a semester at another university of a Bachelor of Arts majoring in photography, and it wasn't enough for me. We had only one photography elective, it was painful.  At PSC you are fully immersed into the world of photography from great studio facilities to industry-connected teachers and likeminded peers.

Meet Whitney at her exhibition 'The Screw of a Door's Latch' opening night at Seventh Gallery in Fitzroy on Wednesday 5 February. The show runs from 6 to 28 February. 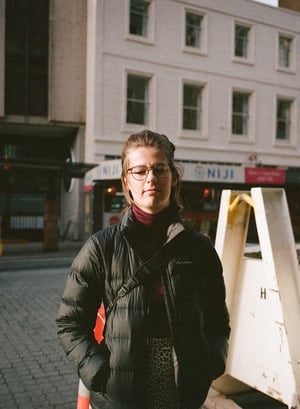