How I Created An Award-Winning Photobook

After winning the Charcoal Publishing Prize for his photobook 'Huon', PSC graduate Noah Thompson tells us how he created it  – from his inspiration and research practices to selecting the final images. His book explores the conflict between environmental preservation and industrial development in Tasmania – and how it effects the state's socio-political and physical landscapes.

What inspired you to create 'Huon'?

I was interested in the idea of conflict between industrial development and environmental preservation, which has been recurring in Tasmania since colonisation but it certainly intensified from the 1970s onwards. I was also interested in the ways that these conflicts shape not only the physical landscape but the socio-political one as well.

In fact, your interest in this issue stems from childhood?

My family is originally from Tasmania and although I moved away to the Northern Territory early on in my life, we always returned every other year. On these trips I remember hearing discussions and arguments at family get-togethers about old growth logging in the Styx and Florentine, the woodchipping industry and Gunns ltd, the construction of a pulp mill on the Tamar River near Launceston and so on. 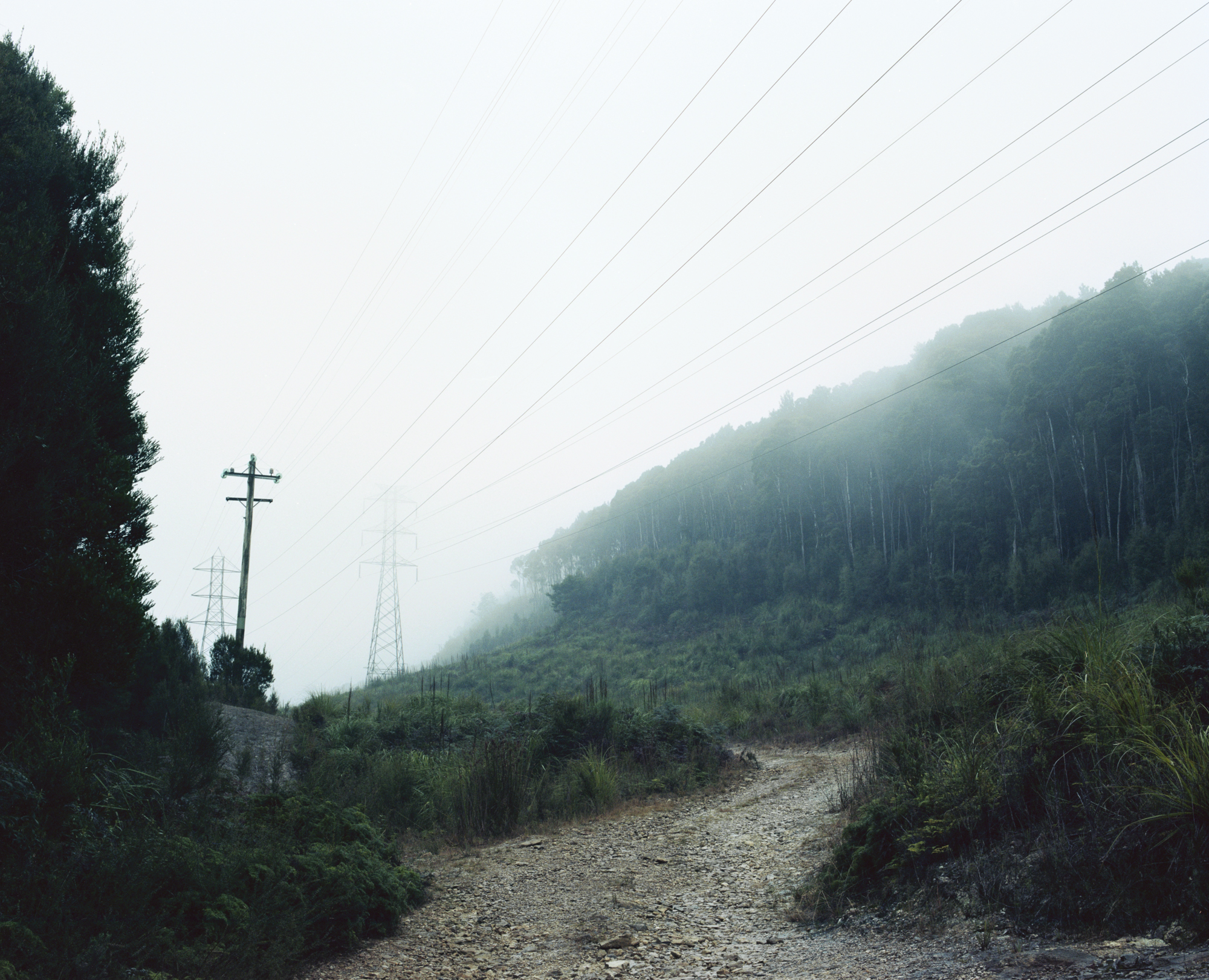 Why this is such a big issue in Tasmania?

Tasmania used to be (and still is to some extent) one of the poorest states in economic terms, which is why natural resource exploitation (mining, logging, the creation of dams for free and subsidised power for industry) were always seen to be the answers to these problems. Although it isn’t as simple as this now, there are now problems with tourism and the over-popularity of certain areas.

How did you begin work on this award-winning photobook?

Contextual research was really important. I read a number of books, various chapters and sections of numerous others, watched many documentaries and combed through various online databases of images and video including libraries and youtube. All of this was to inform my work and the people I spoke to, the places I went and shot and the type of feeling I was interested in creating. 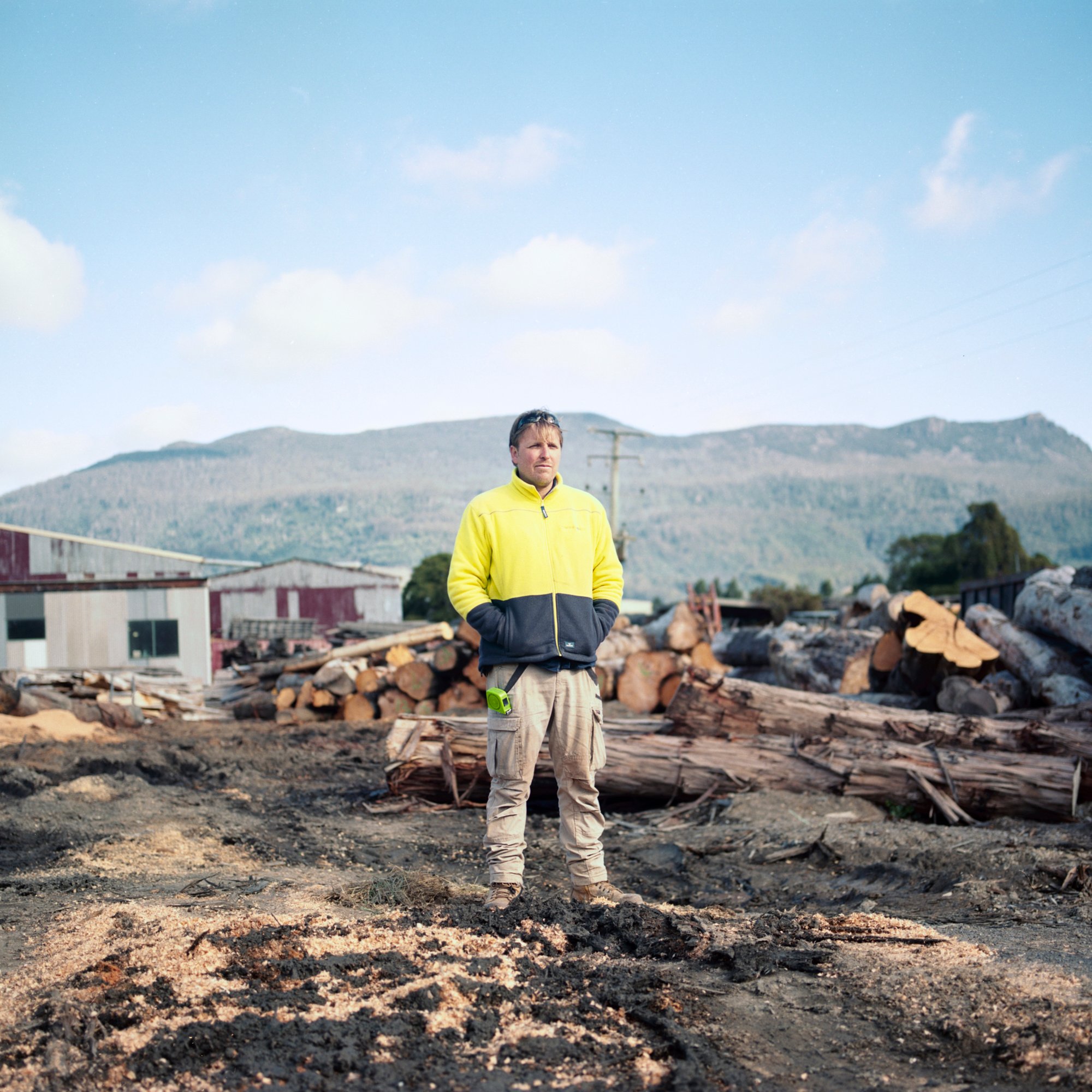 How often did you shoot?

In all I only went on five trips to Tasmania, lasting a week to ten days at a time. The research and reflection between each trip was really important too, this helped me figure out what was starting to work, what wasn’t working and what I could do differently. I also emailed authors, academics, other artists/photographers, loggers, Hydro Tasmania and others looking for leads, recommendations and contacts for people to meet when I returned. I can’t stress this enough, I think 75% of this project was research and organisation, the shooting made up only a small portion. I can attribute many of the central pieces of the project to this, such as the story of the Lea Tree, the use of the text in the book and the incorporation of archival pieces from the Franklin Dam dispute in the 1980s.

Were people willing to be photographed?

People were generally quite open to being photographed, I was always upfront with what the project was about and wasn’t interested in painting any one “side” as good or bad. I use “side” in inverted commas as I found there were numerous shades of grey such as people who oppose old growth logging but work in the logging industry or one man I met whose father was the Greens leader in Tasmania at one point in time but their family had owned and operated a sawmill for generations. 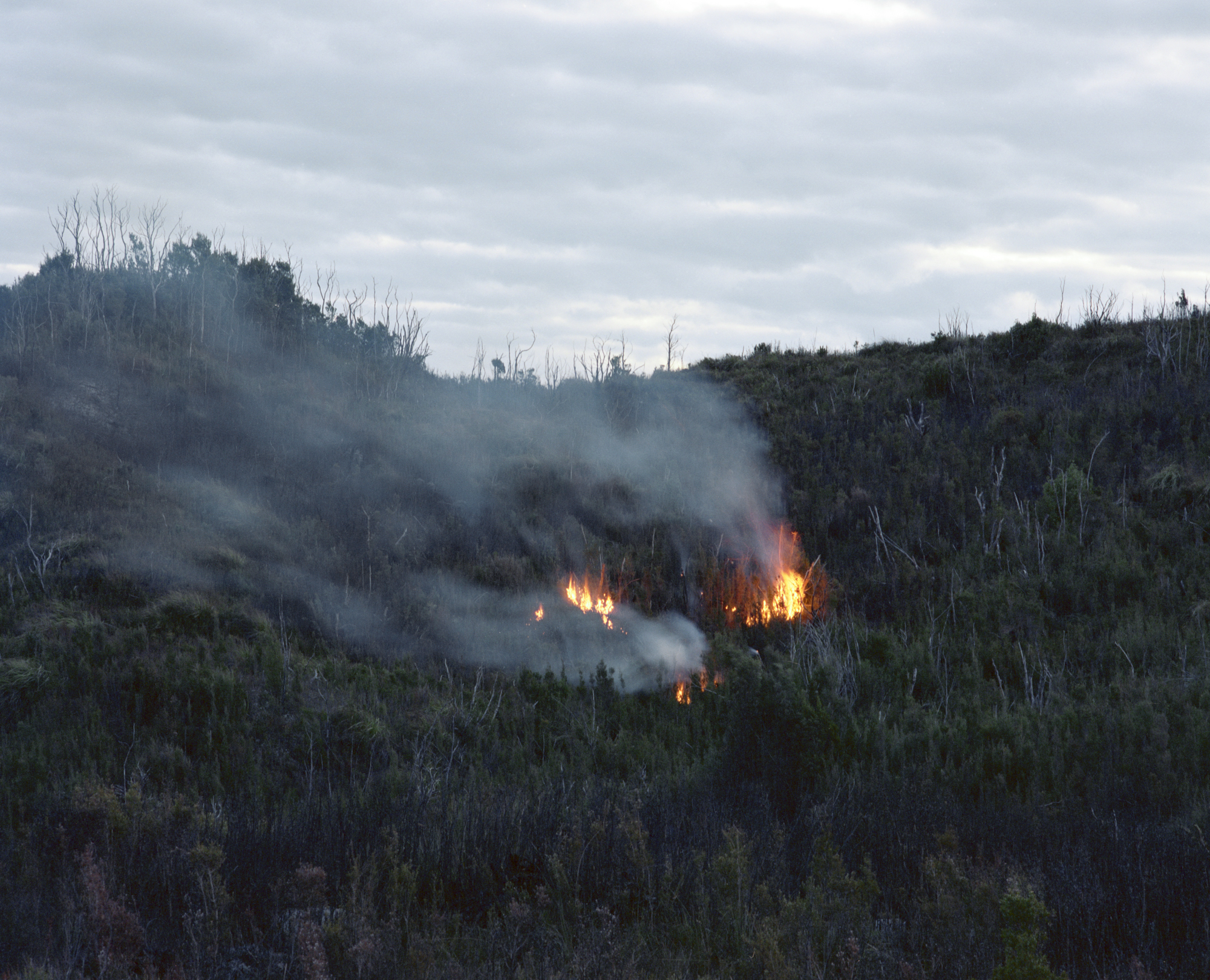 How did you select the final images?

There were numerous iterations, versions and maquettes over the course of the academic year, the layout and style which is somewhat traditional was an early decision but the sequencing changed a lot. In between my trips to Tasmania I would look at what was working and what wasn’t, and met with anyone and everyone I could. I got the advice of the two mentors I had sought out for the year as part of third year, Wouter Van de Voorde and Tobias Titz, as well as PSC staff Alana Holmberg, Hoda Afshar, Daniel Boetker-Smith and of course my major teacher, Dr Kristian Haggblom. I also did a couple of extra workshops that were based around photobooks, one with Kazuma Obara & Hajime Kimura at PSC and another with Tony Cederteg of Libraryman books at Perimeter Books. They were all really great, you get a lot of conflicting advice but I like that, it helps you figure out what you really want to do.

What would you do differently, and can you give our readers some tips and advice?

I would do a lot of it differently, that’s the trouble with having less than a year to try to do a book in. I would say allow yourself time but also look at a lot of books. That’s something I forgot to mention. I did lots of contextual research but I also looked at a lot of photobooks, even videos of photobooks. I tried to find things that spoke to me but more importantly to the work and to the ideas that I was trying to convey. Experiment with the layout and sequencing, show the work to people whose work you admire, take risks. Initially after finishing presenting the work and finishing up the year at PSC I was happy with it but after some time I came back to about a third of the images and decided I didn’t like them, that they could be done better or in a much less obvious way. I think that’s always going to happen though. 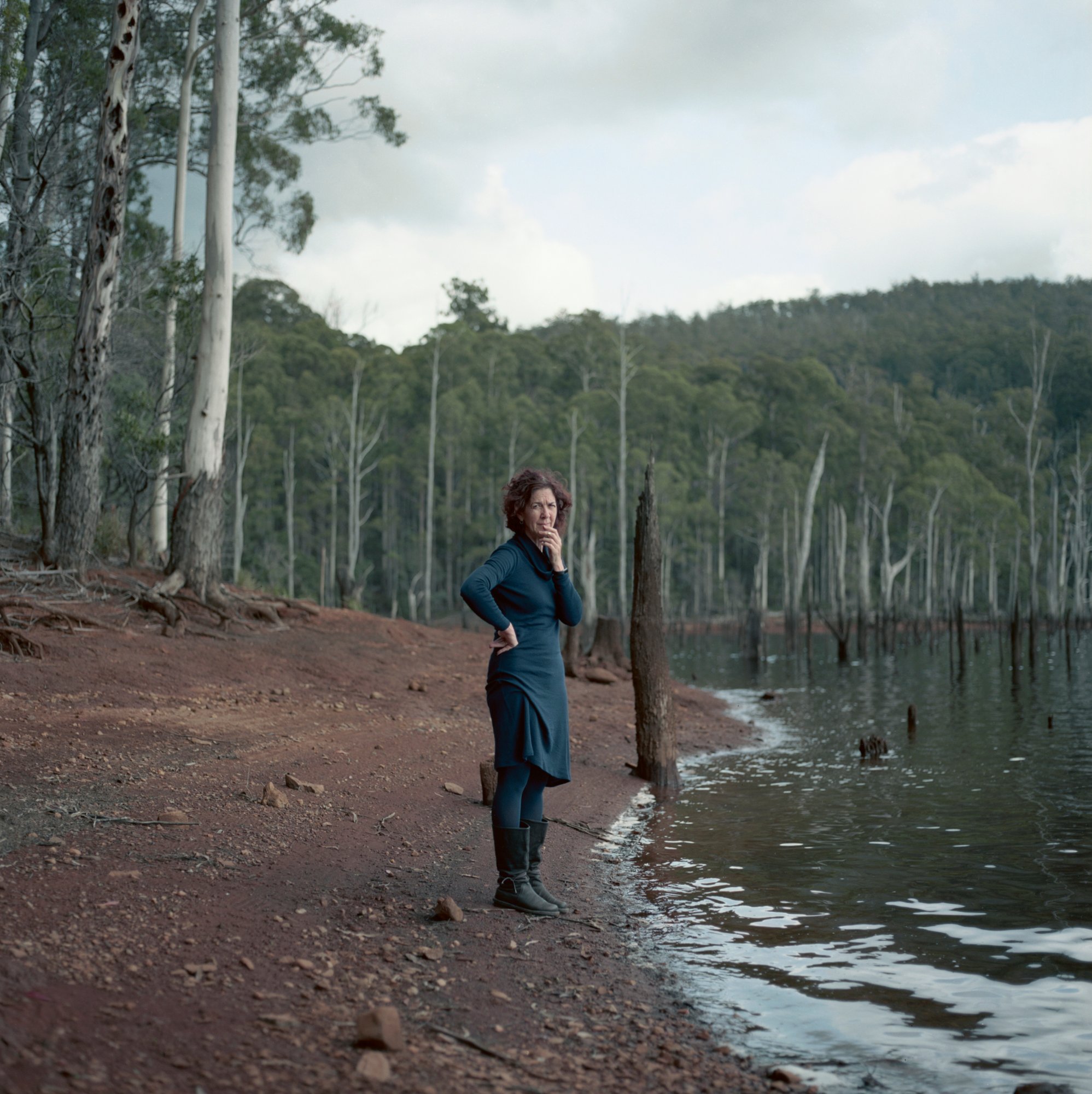 What initially led you to study a Bachelor of Photography at Photography Studies College?

I have been practicing photography in some form or another since high school where I did a darkroom photography elective and something about it always appealed to me. A couple of years after completing high school I went and studied a Bachelor of Arts in International Studies where my intention was always to eventually combine this degree and my interests in politics, economics and culture with photography. Once finished I was job hunting and after a few unsuccessful applications I decided that if I didn’t do it I’d regret it when I was older. All this time I was reading texts by Susan Sontag, John Berger and watching everything I could on the theory of photography as much as the act of doing it. I chose to do a bachelor degree as I wanted to immerse myself more in this academic aspects and ideas of the art as much as the practical or technical aspects.

Tell us about your experience at PSC?

The teachers are its best asset, they give a lot and no matter how busy they are, they always make time for you. Their combined experience, critical eye, theoretical and technical knowledge really cannot be overstated. They will push you, but they are wonderful. 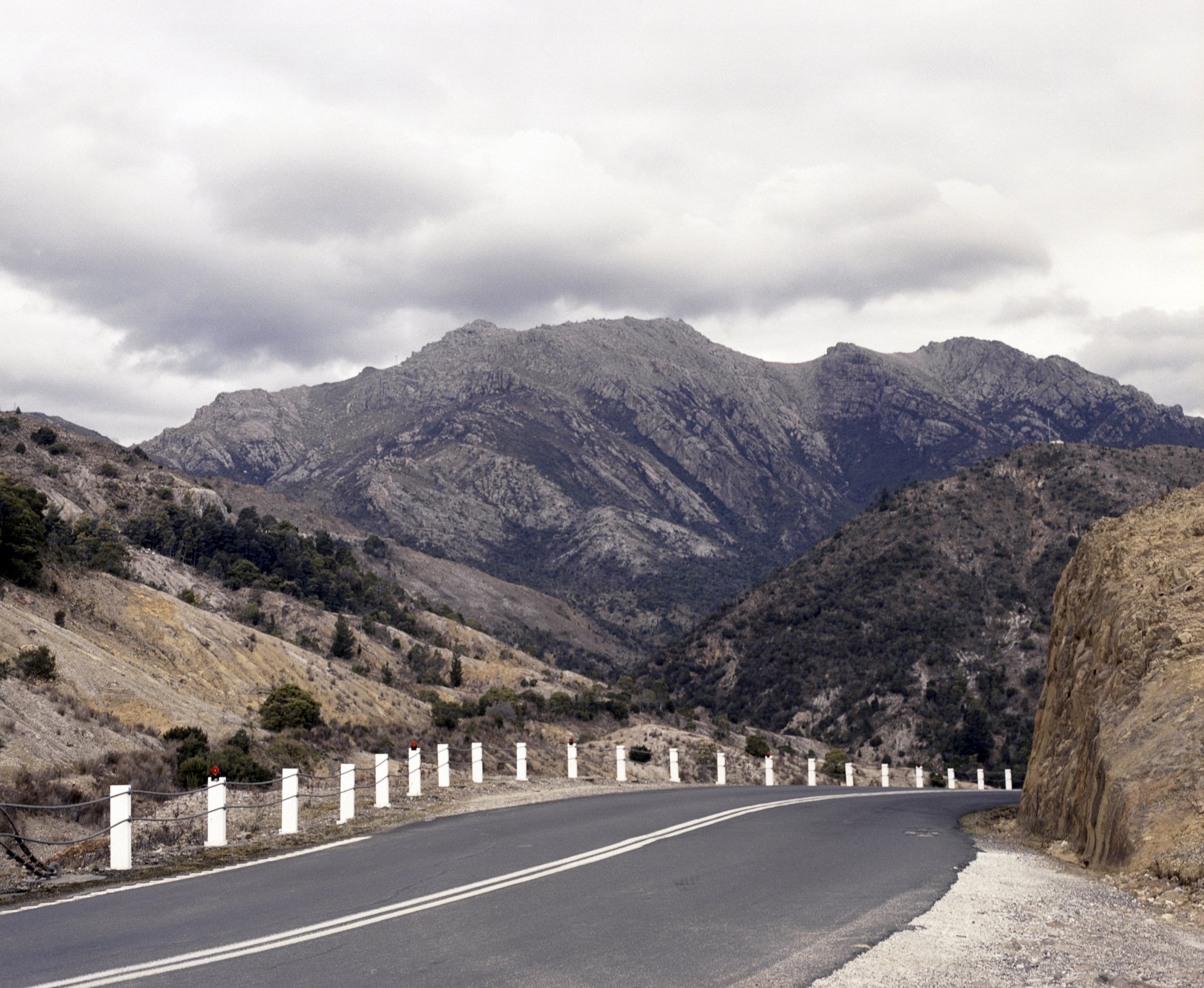 Did studying at PSC help you create this photobook?

Most definitely. The bachelor program structure at PSC pushes the photobook and their importance to photographers is always emphasised. As well as exploring the idea of the book as an object, the technical skill to make them is also taught. This, and there is a lot of time to look at and talk with your lecturers at length about photobooks and the themes behind a certain work.

How do you feel about creating your first monograph with Charcoal Book Club after winning the Charcoal Publishing Prize?

I’m ecstatic. I really didn’t think it was something I would be doing so soon. As well as being happy to have some published I’m excited about getting back to making work. There was a lot I couldn’t explore due to time restrictions so I’m really looking forward to going deeper.

What other projects are you working on now?

I’m working on a small zine of the work I shot while I was in the US for the Chico Review. I took Greyhound buses everywhere I went and photographed people I met and the towns I went through, its sort of a meditation on contemporary American society from my (an outsider’s) perspective. 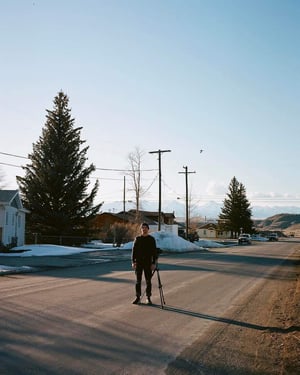 Photo of Noah in a town called Big Timber in Montana, U.S. taken by James Bugg